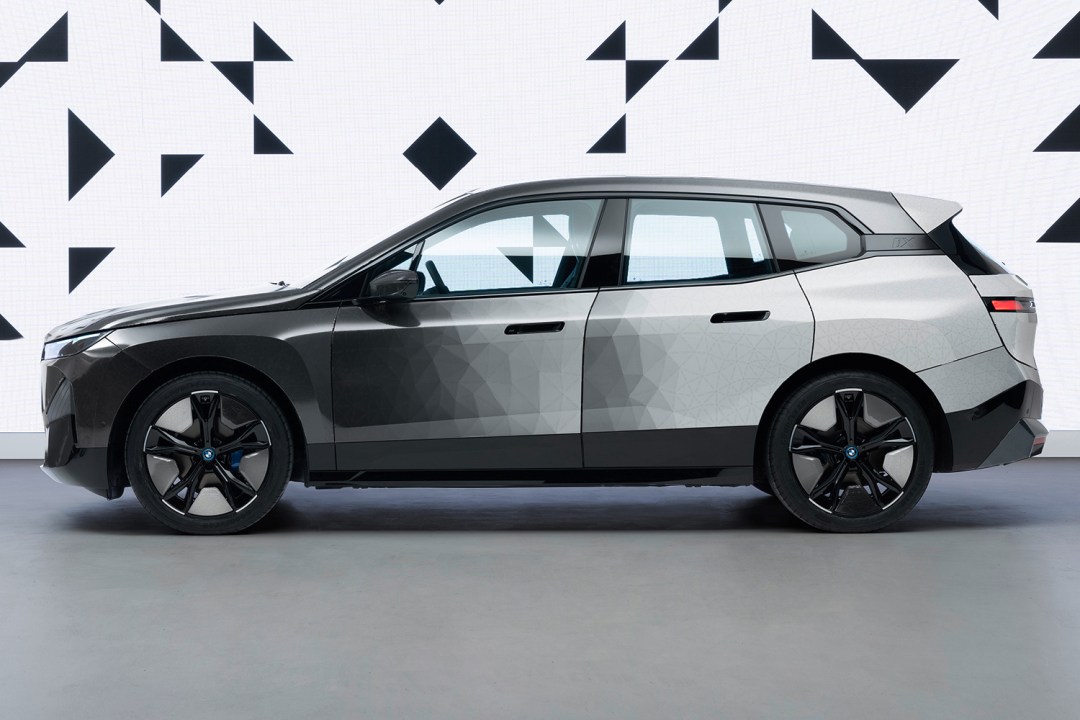 We never joke about our work (we do) but imagine if we told you that BMW had debuted a car that changes colour at CES 2022?

We know, you’d think we were nuts. But that’s exactly what BMW has done in the parking lot at the Las Vegas Convention Center where CES is held. It’s a special version of the BMW iX, called the BMW iX Flow.

So we know what you’re thinking. No, not that… ‘How does it work’ was more along the lines we were going for. It uses something called ‘electrophoretic technology’. Nope, us neither, so let’s delve a little deeper.

The exterior paint is actually an e-ink covered body wrap and, like a e-reader display can be changed from white to black when a charge passes through, so the body wrap can be changed the same way. As you might know, e-ink tech is very energy efficient meaning that once the colour has changed, it doesn’t need additional power to keep it that way; current only flows when the colour is being changed.

The idea could be that in future, you don’t need to choose the colour of your car, because you can have it any colour you want, something BMW suggests could lead to a “new form of personalisation… both on the outside and in the inside of future production vehicles.”

BMW says that the surface coating it has used is covered with millions of ‘microcapsules’ with a diameter similar to human hair. Each of these microcapsules contains negatively charged white pigments and positively charged black pigments.

Passing through current causes either the white or the black pigments to collect at the surface of the microcapsule making the car appear to change colour. Remarkable stuff.

Earlier in the week at CES, BMW also announced the BMW iX M60 – a performance-oriented version of the BMW iX.