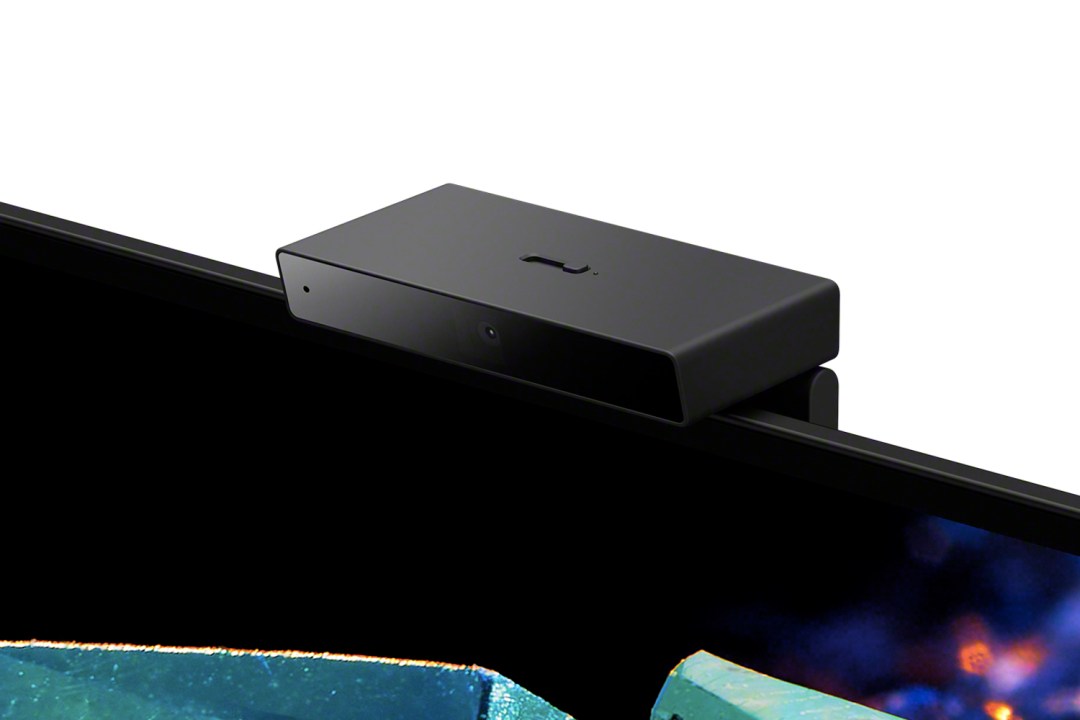 Sick of telling your kids not to sit with their noses pressed up against the TV? Sony’s new Bravia Cam will do it for you.

Unveiled at the same time as its new XR range of tellies, the Bravia Cam sits on top of your fancy new TV and keeps an eye on you as you watch. Get too close and it’ll display a message telling your sprog to move back, only resuming their episode of Hey Duggee when they do.

But it’s much more than just a high-tech babysitter. Get up to make a cup of tea and it’ll know nobody’s watching and dim the screen to save power, plus you can use gestures to do things like change the channel or adjust the volume, although just the thought of doing that might give you painful Xbox Kinect flashbacks.

When you are sitting in front of it, the Bravia Cam can also adjust the brightness of the picture and tweak the balance of the audio, so you’ll always be sitting in the sweet spot even if the dog’s hogging the sofa and you’ve had to make do with a cushion on the floor. It’ll also boost dialogue if you’re sitting further away to make sure you don’t miss a word.

Last but not least, you can always use it as a standard webcam, meaning you can make Full HD video calls sitting in front of your big telly, rather than all crammed around a tiny laptop screen on the kitchen table. Initially this will be the only Bravia Cam feature available, with the rest added after a software update.

The Bravia Cam plugs into one of the TV’s USB ports, so you can always disconnect it when you’re not using it, but there’s also a cover for the camera lens if you want to leave it in place and make sure nobody’s spying on you. After all, it would be embarrassing if anybody found out exactly how many episodes of Tipping Point you watch in one day.

Buy one of Sony’s top-end Mini LED Z9K or A95K tellies and you’ll get a Bravia Cam in the box, but it’s also available as an optional extra for other models in the 2022 Bravia XR range, including the X95K, A90K, A80K, X90K, X85K and X80K. There’s currently no word on how much it’ll cost or when it’ll be available to buy, but the TVs will all go on sale later in the year.