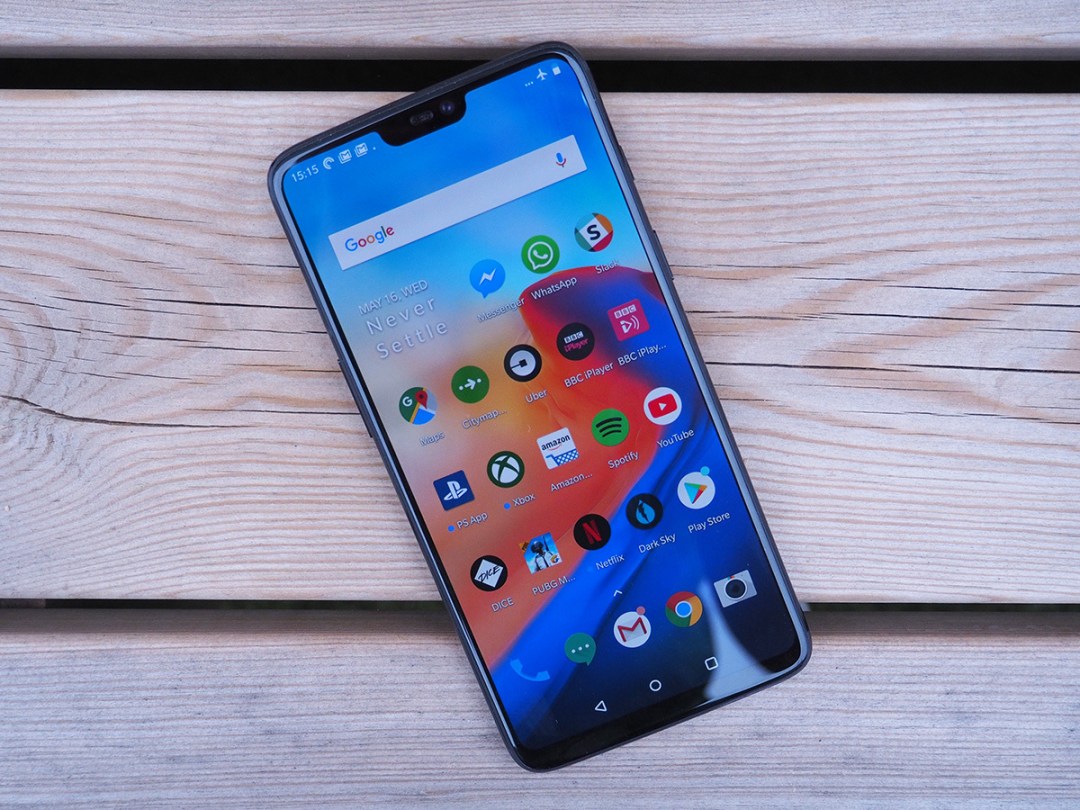 There’s a new OnePlus phone every six months or so these days, with the main numbered release followed by a slight revision – which means it’s only been half a year since the OnePlus 5T release.

That also means that it’s time for the next big thing, which is the OnePlus 6. Just unveiled ahead of a 22 May release, the OnePlus 6 packs in a larger, notch-carrying screen, new glass backing, and more power. It’s a new-look OnePlus that matches a lot of the 2018 flagships on features and design.

But given the slim time elapsed since the last version, is this really a significant upgrade? Here’s how the OnePlus 6 and OnePlus 5T compare, category by category.

The OnePlus 5T brought along pretty significant change for a half-year revision, bringing in a taller 18:9 display that scrapped a bit of bezel along the way. Otherwise, it kept the aluminium backing and slightly generic (yet still premium) styling.

But the OnePlus 6 is a very different phone both from the front and back. On the front, the addition of a camera cutout (notch) is a big change, which cuts out the top bezel in the process, plus the back swaps to stylish glass this time around.

As mentioned, the OnePlus 5T already went taller than the usual 16:9 dimensions of past handsets, with a 6.01in AMOLED display at 18:9 aspect ratio. But the OnePlus 6 goes even taller, believe it or not, with a 6.28in screen at 19:9. That’s because of the notch.

Don’t like the notch? Luckily, like the Huawei P20 phones and LG G7 ThinQ, you can "hide" it via a software option. That’ll extend the black status bar along either side of the physical notch, making it just look like a big chunk of bezel up top. That’s your call to make.

Notch or not, this AMOLED display looks fabulous. It’s still a 1080p display (at 1080×2280 now), so there are sharper screens on the Samsung Galaxy S9 and Apple iPhone X, for example. However, in our hands-on review, we wrote that it has a "great balance between brightness, contrast, and detail that serves you well regardless of what you’re watching."

We’ve seen gradual refinement from each OnePlus camera setup since the original OnePlus 5 brought a dual-camera setup into the fold. The OnePlus 5T had 16-megapixel and 20MP cameras at f/1.7 aperture and improved the low-light issues seen with the OnePlus 5.

Now the OnePlus 6 is here – and at a glance, not much has changed. It still has a 16MP main camera and 20MP secondary camera at f/1.7, but the main camera opts for a larger sensor and includes optical image stabilisation this time around.

We haven’t had enough of a chance to try it out, but we’re expecting the OnePlus 6 to capture a bit more light than before and produce steadier shots – but we doubt it’ll seem like a truly massive upgrade, given the similar specs.

It’s the usual annual upgrade here: the OnePlus 5T used last year’s Qualcomm Snapdragon 835 chip first seen in the OnePlus 5, with 6GB RAM in the base model or 8GB RAM in a pricier edition.

For the OnePlus 6, the company opted for the newer Snapdragon 845 chip, a more efficient processor that packs in more power. You still have the same 6GB and 8GB RAM options too. In day-to-day usage, we don’t suspect dramatic differences here either – but every little bit helps when playing games and multitasking.

Battery and perks: Mostly the same

Both the OnePlus 5T and OnePlus 6 rely on a 3,300mAh battery pack, which was good enough for a full day with average usage on the 5T. The OnePlus 6’s screen is a hair larger, but we don’t expect any significant impact on battery life – especially if the phone is a bit more efficient this time around.

As for storage, you’re still looking at 64GB and 128GB editions with the OnePlus 6, although there’s also a 256GB edition now. And if you like to carry around a lot of media, you might want to spring for that as there’s still no microSD support here.

Thankfully, both of these phones have a 3.5mm headphone port, so that’s one trend OnePlus opted not to follow this time around.

The biggest differences come with the notched-screen approach and glass backing, which give the OnePlus 6 a new kind a look – something that might be truly appealing to some people. By and large, the other tweaks seem pretty incremental: a little more power, maybe a slightly better camera.

And there’s a difference in price, too, but it’s slimmer than the upgrade from the OnePlus 3T to the OnePlus 5. You’ll pay £469 for the base OnePlus 6 model, which is just £20 more than the £449 OnePlus 5T. Not bad, OnePlus – and still hundreds less than some other top-end flagships out so far in 2018.

Is it worth upgrading if you just bought the OnePlus 5T? On first impression, we’re not convinced – but we’ll deliver a more comprehensive verdict once we post our full OnePlus 6 review in the near future.