We tried to listen to you, but let’s be honest – Stuff is a dictatorship, not a democracy.

When we opened the voting up to our dear, dear readers, thousands of you picked your favourite images from seven categories: Landscape, Portrait, HDR, night (no flash), night (with flash), selfie, and Macro. Turns out you can’t be trusted, though: your choices didn’t always match up with ours.

Scroll on down to see which phones we gave the win to in each category, which one was our overall winner – and where our opinions split from yours.

OK, so it had a bit of an advantage because of the blue sky, but hey – we can’t stop the clouds from moving. Even so, there’s no denying Google’s Pixel XL does the best job here. Overall colour balance is excellent, and exposure is superb. None of the detail is lost from the trees on the left, and detail throughout the scene is top notch too. 25% of you agreed, voting the Pixel XL your favourite phone for landscapes.

The second-place LG G6, for our money, is a little too aggressive on the sharpening, and the overall exposure is a little higher than the actual scene was when we pressed the shutter button. Apple and Samsung err towards a warmer scene, which again isn’t all that true-to-life, and the rest of the pack struggle with detail in the trees.

The combination of bright, sunny day and the light wood of the picnic bench bouncing light into magazine editor Rob’s face? Guaranteed to be tricky for even the best smartphone snapper. Most of our cameras either underexposed the whole scene, leading to a washed-out look (see Samsung, Sony) or overly saturated and warm skin tones, creating a yellow hue (just about everything else – including the readers’ favourite, the Huawei P10 Plus).

The one that got it spot on was the HTC 11. It managed natural colours, plenty of detail, and no over-exposure in the window reflections. So sorry, the 24% of you that voted Huawei the winner of this category – we felt it was a little too agressive on the old sharpening algorithms, turning Rob’s hair into even more of a waxy mess than it is in real life.

This was a difficult round to call. It’s hard to argue with the 21% of you that voted for the Pixel XL – but we’re going to give it a go anyway. Google’s phone gets the sky right, but again – we can’t stop the clouds while we take 8 identical photos, so it had a bit of an edge.

In order to expose that sky, though, it has crushed the whites on the statues, making them look a little washed out and without any real definition. That’s a shame, as the rest of the scene was colourful and packed with detail. Samsung’s Galaxy S8, on the other hand, keeps all the colours accurate – including the bright white statues. It doesn’t blow out the sky, either, with a hint of blue poking through the clouds. And yet it only earned a single-digit percentage of the vote, you crazy kids.

This was a bit of an odd category, as the point of low-light smartphone shots are up for debate. Do you want a brightly lit scene, even if it wasn’t actually like that in real life? Or do you sacrifice details and keep the lighting looking realistic? You lot clearly prefer the former, with 31% of you siding with HTC for the best (non-flash assisted) low light performance. Well guess what? We agree: the U11 does a great job here – even if it isn’t perfect.

Y’see, while it exposes the scene well, it pushes things a little too far in the centre of the frame, leaving the ladder looking a little too bright. There’s loads of detail, but things get noisy towards the edges of the shot. The big surprise was how well the LG G6 handles itself here, with the best detail of everything on test. OK, it doesn’t get the colours right, but it’s a really good effort otherwise.

There’s no doubt that the Pixel XL’s flash did a better job at illuminating the scene here, but it isn’t able to do much with that extra light. It struggles to resolve detail, leaving things looking noisy, or crushed – particularly in the shadows. A massive 35% of you voted it your favourite, but it just didn’t tick our boxes.

Nope, we went for the HTC U11. It has more even flash coverage, and manages to capture an amazing amount of detail, with sharp text on the boxes. Sure, it’s still a bit noisy, but it’s easily the best of the bunch.

Another tricky one, this – and not just because of our choice of subject. With sunlight creeping in from the top of the frame, a lot of the phones on test struggled to avoid halo effects and an uneven exposure, leaving the top part of the shot too bright. The bright sunlight also left skintones looking far too yellow on the iPhone and OnePlus, while Sony went the other way, leaving things looking too cool.

Huawei did a great job on colour and exposure, but again hits a wall when it comes to sharpening – edges look good, but there’s no detail behind them. That leaves Samsung as our favourite, with vibrant colours and plenty of detail. It isn’t thrown off by the light in the top of the shot, and keeps the whole face correctly exposed. It’s our winner, even if it only earned a single-digit approval from the reader vote.

It’s very hard to argue with your decision here, readers – the Galaxy S8 absolutely nails colour, exposure, contrast and detail in this deceptively complex scene. Fair play to the 26% of you that voted this your winner.

The HTC U11 comes a close second, but can’t quite match Samsung’s ability to capture the bright yellow of the flower, yet keep the green plants in the background looking luscious.

AND THE WINNER IS…

So after seven gruelling rounds, only one phone could come out as overall winner. Our favourite smartphone snapper of 2017? The HTC U11.

Because we only picked our top three phones, this left Google’s Pixel XL to come in at a respectable second, and the Samsung Galaxy S8 rounding off the podium in third place.

How does that stack up to the reader vote, then? Not too shabby: four agrees and three disagrees. The Pixel XL’s fantastic landscape performance and the Galaxy S8’s excellent macro shot were impossible to argue with, as was the HTC’s low-light performance without the aid of a flash.

We thought the U11 had a superior flash-enabled low light shot than the Pixel XL, though, which lacked detail when you zoomed in to the shot. The Huawei P10 Plus did a decent job on the portrait test, but we thought it was too aggressive on the sharpening and veered too much towards a warm colour temperature – whereas the HTC U11 did a better job all round. Finally, we gave our Selfie nomination to the Galaxy S8, thanks to its more vibrant colours and better overall exposure – not the U11, as voted for by the readers.

Clearly, though, there’s not much in it when we’re dealing with top-spec smartphones. If you’re getting ready to drop a lot of cash on a handset, and want it to take great photos, you can’t really go wrong. Just maybe think about bagging an HTC U11 if you want the best of the best. 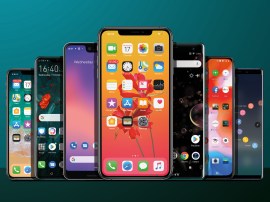 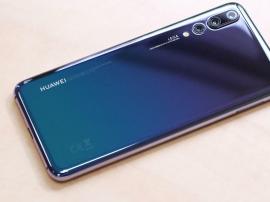 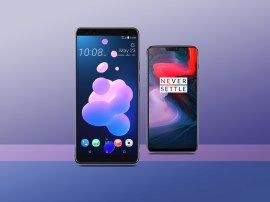