Samsung has promised a software update to address the recent performance throttling controversy affecting some of its most popular smartphones, including the new Galaxy S22 and Galaxy S22 Ultra handsets.

Prior to the story blowing up, this throttling was occuring unbeknownst to many users and is also understood to affect older Galaxy devices, from the Galaxy S21 all the way back to the Galaxy S10.

Crucially, as the GOS app only caps performance in games, popular benchmarking tools like Geekbench were immune to the practice and therefore gave scores that were higher than what you’d actually get if you were gaming. As a result, Geekbench Browser has currently delisted a number of Galaxy devices including the S22, S21 and S20 from its Android benchmarks guide.

As confirmed by The Verge, Samsung has copped to the outrage and said it will be arranging a Galaxy software update to address the issue.

“We value the feedback we receive about our products and after careful consideration, we plan to roll out a software update soon so users can control the performance while running game apps,” said Samsung spokesperson Kelly Yeo.

In terms of what such an update might look like, OnePlus has previously found itself in hot water for virtually identical practices and it responded by giving users the freedom to opt out of performance ‘optimisation’ tools like Samsung’s GOS.

That’s likely to be what’s coming the way of the Galaxy S22 family in the near future, and while preserving battery life is rarely a bad thing, it does leave a bad taste in the mouth when one of the best smartphones around is effectively being downgraded without user knowledge. 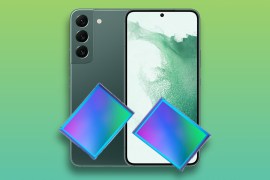