Remember Samsung’s whole batterygate saga back in 2016? The Note 7 was a great phone… until it was recalled due to batteries exploding and the smartphone being banned from planes? It seems Samsung’s had its fair share of trouble with smartphone batteries. And that trouble isn’t over, as recent findings show that Samsung’s batteries appear to have a higher risk of deteriorating and swelling.

Before you start to panic, your Samsung smartphone isn’t at risk of exploding. There’s no need to duck and cover. But, it is worth keeping an eye on any old Samsung phones kicking around to make sure the battery hasn’t swollen.

Tech YouTuber Mrwhosetheboss (Arun Maini) released a video documenting his findings across his (rather large) collection of Samsung smartphones. A whole bunch of devices, including the Galaxy S6, Galaxy S10, and Z Fold 2, were affected with swollen batteries. After initially suspecting the UK’s heatwave earlier this year could be to blame, he further discovered that no other brand’s smartphones were affected.

That all seems pretty strange, but surely, it could be an isolated incident? That’s where things get interesting. Other tech YouTubers, including MKBHD, took to Twitter to share their similar findings. Everyday users began sharing stories on social media. So, it seems this battery problem is fairly widespread.

All batteries, including those on smartphones, degrade over time. Most Samsung smartphone batteries are made to last for at least five years, without any issues. It’s particularly concerning to see this happening on phones only two years old, such as the Galaxy Z Fold 2. Exactly what’s going on is still unclear, but it looks like bad news for the tech giant.

Samsung is yet to say anything officially. If you are worried about an old Samsung phone lying around, the brand has mentioned it’s best to get in touch with its support team. Samsung can take a look and repair anything wrong if needs be. And if you want to get rid of the device, trading it in or recycling it are always solid options.

The Samsung Galaxy Fold packs a tablet within a £1603 smartphone 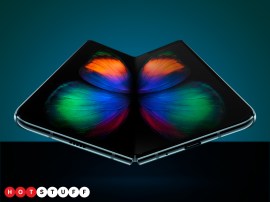 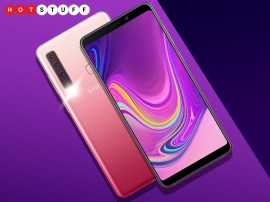