Huawei has continued the tradition of taking existing tech products and peppering them with Swarovski crystals by announcing two new(ish) smartwatches at CES.

The Jewel and Elegant are two models primarily aimed at female gadgeteers who have a penchant for things that glitter, with the former featuring 68 crystals surrounding the circular 1.4in AMOLED screen.

The Elegant ditches the crystals for a noticeably less shiny knurled pattern, and both models are plated in rose gold, with either white or blue Italian leather straps. Forty digital faces are pre-loaded on both watches, with ten feminine-orientated designs to match their exteriors.

Inside, the specs remain exactly the same as the standard Huawei Watch, with a quad-core Snapdragon 400 processor, 512MB of RAM, 4GB of storage and a 300Ah battery all pulling together to run the Android Wear show.

Pricing remains a mystery for the time being, and we expect them to be available by the end of March.

The best cases for the Huawei P30 and P30 Pro 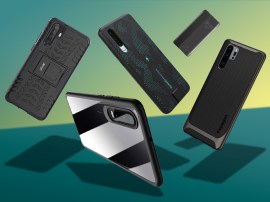 Good news for those who can’t afford the £12,000 Apple Watch 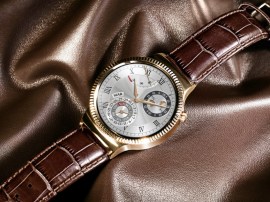