There’s a pretty substantial price drop on the 2020 M1 Mac mini at Amazon UK right now. You can nab Apple‘s desktop machine for just £623, instead of the usual £699 – a £75 saving. This is the lowest price the Mac mini has seen on the retail giant since March 2021.

With the recent release of the spanking-new Mac Studio, it looks like Amazon is trying to shift some units of the earlier released Apple silicon desktop computer. Plus, we’re hearing rumours of new Mac minis coming within the next year. The current listing could be an indicator of prices to stay this low.

It’s rare to see too many discounts on Apple products, especially Macs. If you’re in the market for a new Apple computer right now, this is a good deal to consider. If it’s a less urgent purchase, it might be worth holding out for upcoming Mac releases instead.

Despite the M1 Mac mini being released in 2020, it’s still a pretty powerful machine. Packed with the M1 chip, you should expect performance that beats out any Intel-based Macs. You’ll find a bunch of ports on the back, too, so you’ll have no shortage of accessories to hook up to your Mac.

Those who don’t need the staggering power of the more recent M1 Pro, Max, and Ultra chips inside newer Macs (most people) will breeze through any task on this device. It’s worth noting you’ll need an external display and peripherals to hook up to the silver box, but there are plenty of good options kicking about.

The Apple Lisa at 40, and 6 more Apple tech flubs that led to better things

Apple’s first GUI computer was called Lisa? You couldn’t Mac it up – until Apple did 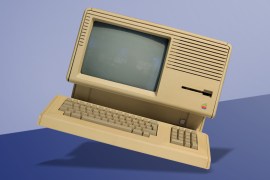