Asics has released the Gel Kayano 29 – the latest update to its popular stability running shoe series available now in both men’s and women’s variants for $160/£165 (yes, the UK price is rather expensive compared to the US). Asics describes it as “a stable training partner that can support any running routine”.

The key advance is that the shoe is now 10g lighter than its predecessor (as usual, the comparison is made with an equivalent US men’s size 9 shoe) with the FF (FlyteFoam) Blast Plus cushioning material making an appearance in the upper midsole to provide a more energised feel with each stride as well as great shock absorption.

There’s a stretch knit upper as we’re seeing with many shoes now for maximum breathability while also reducing the chance of irritation of the skin which could cause blisters or other irritation.

Asics adds there’s a new tech called Litetruss in the midsole to keep the foot from rolling inward each stride. The intention is to protect the foot over long distances. The rubber outsole is made of a tough compound designed to both last a long time as well as prevent slips and help you stay in control. A heel counter helps your foot stay rooted to the midsole in the shoe so you aren’t distracted by your foot slipping around in the shoe. The rear area of the shoe also has Gel cushioning, again reducing shock during the impact phase of your stride.

As before, the shoe has reflective detailing so you can be seen in low light conditions. 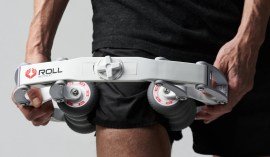 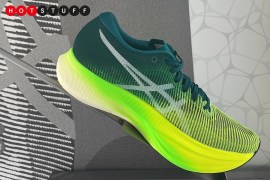