If you’ve been on the internet in the last 24 hours, there’s a chance you’ve already seen the latest fruits of the geektastic new partnership between Lego and Nintendo. The Lego Nintendo Entertainment System (NES) was leaked yesterday, but we now have official confirmation of what will almost certainly be this year’s must-have collector’s item for those born and raised in generation 8-bit. The brickified replica of Ninty’s legendary mid-’80s machine features all the little details you’d hope for, like an opening Game Pak slot that you can actually slide the Super Mario Bros. cartridge into, a controller and a connecting cable. There’s even a buildable, mechanical retro TV set, complete with a Goomba-stomping 2D Mario on the scrolling screen. And if you’ve got the LEGO Super Mario Starter Course, announced earlier in the year, you can, according to Lego, scan the included Mario action brick so he reacts to on-screen enemies, obstacles and power-ups. Composed of 2,646 pieces in total, it’s quite the thing, and at £210 costs more than a fully functional Switch Lite. But as they’re near impossible to get hold of these days anyway, Nintendo fans have something else to throw their pocket money at come launch day on August 1.

Lego unveils all new Star Wars The Mandalorian Razor Crest set, and it’s a pricey one 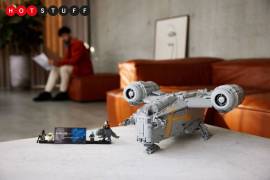 And she’s definitely in this castle 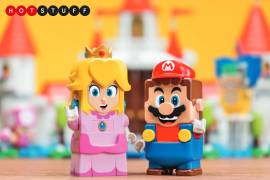 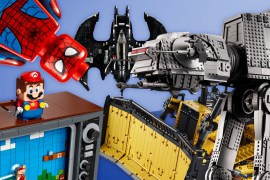