Here’s what we know about the iPhone 14: it will exist. Everything else is conjecture, based around leaks, analysts putting on their best guessing trousers and parping out thoughts, and regular folks pulling wish-lists out of the air and getting angry with Apple when demands for “an iPhone that doubles as a jetpack” don’t come to pass.

That said, one recent iPhone rumour caught my eye, because it manages to be a simultaneously terrible and not terrible idea: that 2022’s new iPhones won’t all get an A16 chip.

This breaks with convention, because all iPhones have for years been equal in this regard. The entire iPhone 13 line got an A15. The iPhone 12 line got an A14. A few years earlier, even the iPhone 8, 8 Plus and X all had an A11. Until now, Pro phones have been differentiated by features like cameras, displays and fancy materials like stainless steel. (‘Fingerprint magnet’ is, apparently, a ‘Pro’ feature.)

So why is shoving an A15 into half of this year’s new iPhones a terrible idea? Surely, the A15’s overkill for most tasks and so far ahead of the competition, it won’t matter if not-Pro phones end up a generation behind? The thing is, the latest chip isn’t just about raw power – it defines a device’s longevity. An A16 will be supported for a year longer than an A15. That’s not good for the non-Pro phones at a time when people want sustainability.

Also, for one year, new iPhones would align with their direct predecessors in terms of power. Presumably, Apple will claim otherwise, talking about an extra GPU core and calling the new chip the ‘A15X’ or ‘A15TotallyNewThingHonest’, but the beating heart of these ‘new’ iPhones would be last year’s news.

However, Apple has to contend with reality. Supply chains are being punched in the face. Sources claim even Apple, with all its might, is facing problems in manufacturing enough A16 chips for the scale it needs. So how could this story that’s been varying levels of bleak be flipped to something more positive – aside from Stuff’s editor just filling the rest of the page with cute cat GIFs?

One way would be for Apple to take advantage of this shift, do buyers a solid, and radically simplify its existing line-up – one that today might charitably be referred to as a pricing ladder that offers choice, but to most people is a confusing mess. Instead of two Pro phones, two non-Pro phones, last year’s non-Pro phones, a two-year old non-Pro phone, and an SE lurking in the background, hoping people notice it, Apple could strip things back to the state of the art (iPhone 14 Pro/Pro Max), a more affordable but still great blower using last year’s silicon (iPhone 14/Max), and the budget option (SE).

Sadly, any prospect of cheaper iPhones and Apple ditching a pricing ladder that always has something to urge you up a step seems as likely as the next iPhone gaining an iPod clickwheel. So assuming Apple does decide an A16 is only for Pros, expect this September to grapple with the relative value propositions of an iPhone 14, an iPhone 13, an iPhone 12 and whatever else lingers in the line-up – and for Android manufacturers to get terribly excited at having an extra year to catch up with half of Apple’s latest iPhones. 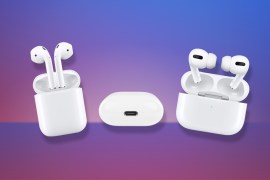