“Another headline about Samsung releasing new phones?”, you’re thinking. Well, yes. But this time, it’s for Samsung’s budget to mid-range line, the A series, rather than its flagship devices. If you like your smartphones with a slightly lower price tag, these are the Samsung phones for you.

Today, Samsung unveiled two new phones for the A series: the Galaxy A53 5G and the Galaxy A33 5G. Both come with some pretty impressive specs, and most importantly, a price under £400.

The Galaxy A53 is the more feature-packed of the two. It’s very similar to last year’s Galaxy A52, so we know what we can expect on the device. Samsung has packed a 6.5-inch 120Hz display and four cameras (a 64MP main camera, ultrawide, macro, and depth) into this budget bad boy, and the device even comes with IP67 water and dust resistance.

Powering Samsung’s latest budget smartphone, you’ll find a 5,000 mAh battery, which you should be able to make last a fair while. On the inside, the company has opted for its own Exynos 1280 hardware.

But, let’s not forget about the even cheaper Galaxy A33. The phone is very similar to the A53; more like its little brother. It’s slightly smaller, with a 6.4-inch 90Hz display. And, its four cameras have a lower resolution, with the main snapper at 48MP. On the inside, you’ll find the same Exynos 1280 processor, 5,000 mAh battery, and IP67 certification.

As the devices’ names suggest, they both fully support 5G, so you’ll be able to get those lightning-fast network speeds. With all of these features for such a low price, Samsung’s Galaxy A53 and A33 put up a tough fight against Apple’s latest iPhone SE.

Samsung will release the Galaxy A53 5G on April 1 for £399, but you can pre-order it from Samsung starting today. The Galaxy A33 5G will be available three weeks later on April 22 for £329, but you can’t pre-order that device yet. 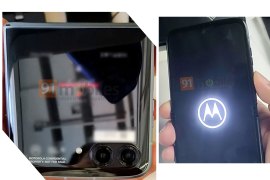