LG was a surprising no-show at MWC 2018 in February… well, that’s not entirely true. The Korean giant showed an updated V30, but where was the LG G7?

Surprisingly, it was behind closed doors, as a leak showed – but now the company has announced plans to properly reveal the newly-branded LG G7 ThinQ in early May, with an emphasis on A.I. assistance. And like several new and upcoming Android phones, it has an iPhone X-like notch.

Will the G7 ThinQ help LG regain its top-dog status in the flagship scene, or will this be another high-end smartphone that’s quickly overshadowed by ever-better competition? We’ll find out soon – but until then, here’s everything we’ve heard about the LG G7 ThinQ.

When will the LG G7 ThinQ be out?

The LG G7 ThinQ is launching later than most G-series flagships have, but we won’t have to wait that much longer: there’s an event planned for 2 May.

LG will officially showcase the phone on 2 May in New York City, followed by a public event in Seoul, South Korea on 3 May. Given the usual turnaround for smartphone releases, we’ll probably see the phone release later in May.

The launch date is official, but we don’t know about the actual release date just yet. The OnePlus 6 will probably pretty close to then too, however, so LG might want to make sure it’s not overshadowed by its usually-more-affordable rival.

How much will the LG G7 ThinQ cost?

We haven’t heard any strong rumours about pricing for the LG G7 ThinQ, but we can look at LG’s recent history and price points of other current flagships and speculate.

The LG G6 (shown up top) launched at £649, while the LG V30 aimed much higher at £799 – and there were better phones at similar price points in both cases. That said, flagship phone prices have trended upwards over the last year or so, so we wouldn’t be surprised to see the G7 ThinQ launch higher than the G6 did.

It’s just a guess at this point, but based on the specs and the competition, we suspect something around the £700 mark. LG could earn a lot of goodwill by going lower, but… we just don’t see it happening.

Also Read › The most anticipated smartphones of 2018

The LG G6 saw the company help leading the charge on full-face, extra-tall screens, shedding a fair bit of bezel in the process. One year later, LG looks like more of a trend-chaser.

That’s because leaks suggest that the G7 ThinQ will feature an iPhone X-like design with a notch cut out at the top to accommodate the front camera. It looks a lot like the one on the Huawei P20, as well as the one we’ve partially seen on the upcoming OnePlus 6.

That said, the purported LG G7 ThingQ keeps a bit more bezel on the top, plus it has a "chin" of bezel on the bottom, so… why is there a notch again?

On the back, it looks like there’s a fingerprint sensor beneath the vertically-oriented dual-camera setup – and according to Android Headlines, the glass backing will reportedly be available in Aurora Black, Platinum Grey, Moroccan Blue, a matte Moroccan Blue variant, and Raspberry Rose.

The leaked renders match the behind-closed-doors leak from MWC (seen below), and compares well to other notched Androids releasing now and in the near future. Looks like LG’s got the notch.

What about the LG G7 ThinQ’s screen?

While we’re still relying on leaks for some details, LG has already announced exactly what to expect from the G7 ThinQ’s display.

It will feature a 6.1in extra-tall LCD display at an 19.5:9 aspect ratio and Quad HD+ resolution (3120×1440). Skipping an OLED screen is disappointing, but LG claims that there are benefits: peak brightness of 1,000 nits, for example, and a 30% more power-efficient display than the LG G6.

LG notes that it’ll be the brightest smartphone screen on the market, but Samsung might claim otherwise: DisplayMate measured the Galaxy S9’s screen at a top level of 1,130 nits, although 9to5Google suggests that the top-level brightness only activates automatically when needed (such as when in direct sunlight).

In any case, it’ll be bright. Also, like with the Huawei P20 Pro, you can "hide" the notch in the screen via software. Enabling the option puts black on either side of the notch for the status bar, making it seem almost like it’s not even there. Here’s an official look at how that works.

LG’s screen should be plenty crisp and bright, and the ability to "hide" the notch will help ease in any wary users. Still, skipping OLED might keep the G7 ThinQ behind the current flagship leaders in overall impact and quality.

How much power will the LG G7 ThinQ pack?

Have you heard of the Qualcomm Snapdragon 845? It’s the current hot flagship chip in the Android world, powering the Sony Xperia XZ2, the upcoming OnePlus 6, and some versions of the Galaxy S9. And it’ll probably power the LG G7 ThinQ too.

That hasn’t been officially announced yet, but the MWC leak mentioned the Snapdragon 845, and TechRadar’s recent leak said much the same. And that’s exactly what we’d expect, given LG’s track record and the processor’s current status in the Android flagship scene.

TechRadar says that the G7 ThinQ will pack 4GB RAM, which is the same amount as in the Galaxy S9, although some phones offer more; the OnePlus 6, for example, will have a version with 8GB RAM. We’ll probably see 64GB of internal storage on the G7 ThinQ, but hopefully microSD support returns as well.

Via leaker Evan Blass, here’s our best look yet at the LG G7 ThinQ from all angles.

Most top-end Androids this year will run a Snapdragon 845, and it looks like the LG G7 ThinQ will follow suit. That’ll do the trick.

What kind of cameras will the LG G7 ThinQ have?

It sounds like the LG G7 ThinQ will improve upon the dual-camera setup from both the G6 and V30, with some slight tweaks that might deliver better overall performance.

Leaks suggest a pair of 16-megapixel cameras on the back, both with f/1.6 aperture. The Galaxy S9’s camera goes wider at f/1.5 (and also has variable aperture), but f/1.6 should let in plenty of light. And the secondary lens reportedly has a 107-degree field of vision.

According to the Android Headlines leak, the G7 has a "superpixel" shooting feature that identifies darker shooting scenarios and combines pixels to amp up the brightness. That could help with low-light shooting, with up to four times brighter low-light shots than the G6 and V30.

And as hinted before, they’ll also shoot HDR10-quality videos and photos, which you can then view on the HDR10-compatible display. Nice.

LG hasn’t led the smartphone camera pack in a while, but these enhancements could make a big difference for the G7 ThinQ. The setup specs sound right, but we’ll have to wait and see just how effective they end up being.

Is there anything else I should know about the LG G7 ThinQ?

Wondering about the name? Well, it’s apparently LG’s new thing – the V30 revision is called the LG V30S ThinQ, and now we have the LG G7 ThinQ on the horizon.

It’s a reference not to the slimness of the phone, we surmise, but rather its A.I. assistance. The camera’s ability to automatically detect ideal camera conditions is one part of that, but Android Headlines says that the phone will also pack in 32 additional Google Assistant tasks that are exclusive to this phone – like "visual search" and taking a "wide-angle selfie."

And thanks to far-field voice recognition, you’ll be better able to strike up a dialogue with the Google Assistant from as much as 17 feet away. That’s assuming you ever keep your phone out of reach, of course.

Spotting a trend here with the big focus on the Google Assistant? Well, here’s another critical detail: according to CNET, the LG G7 ThinQ will feature a dedicated Google Assistant button on the left side, below the volume buttons. It’ll be like the Bixby button on recent Galaxy phones, except for accessing Google’s A.I. helper.

The leak also suggests a "Boombox Speaker" on the G7 ThinQ, with a resonance chamber-like design adding more bump to audio and music, plus there’s a larger speaker in play.

It sounds like LG is packing the G7 ThinQ full of various features and enhancements, but in an ever-competitive flagship pool, we’ll have to see whether they add up to make LG’s phone even better than the current Android leaders. We’ll find out in a few short weeks. 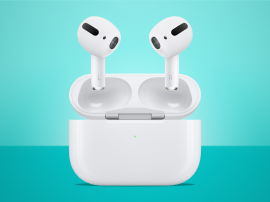 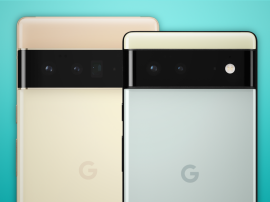