Best Buy are going all in on their Black Friday deals with $100s to be saved on laptops, sound bars, wearable tech and home appliances. Burgeoning YouTubers and extreme sports fanatics will also be happy to hear that some of the best savings on GoPro products can be found at Best Buy.

For those on a big budget, the GoPro HERO11 Black Creator Edition has been reduced from $700 to $550. We gave the GoPro Hero 11 a stellar five stars in our September review, and were impressed with the camera’s 8:7 aspect ratio sensor which captures footage that can be cropped into a tall, squat or square frame. This makes the HERO11 a perfect device for creators. The Creator Edition comes bundled with the Volta tripod grip for extra battery life, as well as a GoPro Light Mod and Media Mod.

If you don’t need any of those creator-friendly extras, then the standard GoPro HERO11 Black Action Camera is for you, and has been slashed to $400, a saving of $100. The cheaper GoPro HERO11 Black comes with all the great features found in the Creator Edition – dual-band Wi-Fi support, an improved battery on past editions, HyperSmooth stabilisation – just without the TikTok friendly extras.

There are further savings to be found in the GoPro HERO10 Black bundle. The HERO10 bundle comes with a 5.3K resolution, 60 fps camera, carrying case, two rechargeable batteries, a mini extension pole and tripod and more. Best Buy are currently selling this five star action cam bundle for $350, down from $500.

Last but not least, for those after a decent GoPro but aren’t bothered about the newest models, the GoPro HERO9 Streaming Action Camera is currently available for $300 (down from $350). The GoPro HERO8, meanwhile, can be picked up for a very reasonable $230 (down $70). There’s also a humble $5 to be saved on the GoPro Essential Accessories Kit too…a saving is a saving, after all. 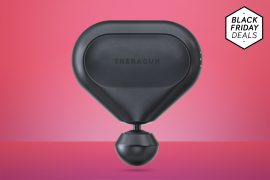 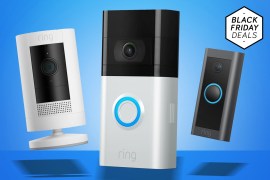