Apple could debut an updated version of its entry-level iPhone SE smartphone as soon as this March, if a new report from a noted industry insider is to be believed.

Writing in his latest ‘Power On’ newsletter for Bloomberg (H/T AppleInsider), Mark Gurman has posited that the iPhone SE 3 (as some are referring to it) will be launched at a virtual event in March or April 2022.

The headline upgrade will be the addition of 5G connectivity to the cheapest iPhone, which last saw a refresh back in 2020. Its design is understood to be remaining largely unchanged, though there will be a handful of additional internal upgrades to bring it up to speed.

While new iPhone rumours are often spurious at best, there’s reason to lay off the salt with this one for a couple of reasons. Namely, Gurman has a good track record when it comes to his Apple predictions, which are usually based on insider knowledge of the company’s plans.

Even more encouragingly, Apple itself has a consistent recent history of new hardware announcements in March, with the firm announcing something every year from 2014 to 2020 in the window. It even stuck to the pattern last year in 2021, albeit only via press releases.

After that, Gurman added that WWDC would focus as usual on the next iterations of Apple’s software (iOS and macOS), while the traditional Fall launch event would also be a digital-only affair.

Whatever the case, the SE is usually the best iPhone to buy for budget conscious consumers, so it’s well worth watching what Apple has in store for us this Spring

How to use iPhone Action mode 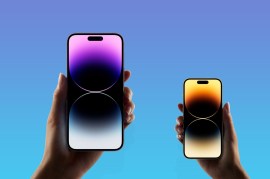