Yes, we know Android tablets have rarely been exciting in recent years. Much of that is due to Google’s indecision (it seems to have prioritised Chrome OS as its larger screen operating system), but also something called the Apple iPad, which just so happens to dominate the tablet market as you know.

Samsung’s Galaxy Tab range has long been a formidable Android tablet player, but Lenovo has also long made great Android tabs. And it’s just launched a new flagship device to go up against the best that Apple and Samsung have to offer – the Tab P12 Pro that boasts a 5G option as well as a Wi-Fi-only version.With a striking (and relatively large) 12.6-inch AMOLED 2,560 x 1,600 pixel display boasting up to 600nits of brightness, the tablet also supports HDR, too, with HDR 10+ and Dolby Vision playback. There are also four speakers tuned by JBL for clarity and deeper bass when watching movies or playing games. The new tab weighs in around 565g, or around 1kg with the keyboard magnetically attached – the keyboard has been improved so it’s better to type on, with increased key travel and pitch. There’s also a new digital pen (Precision 3 which magnetically attaches and charges and can be used as a remote control for the tablet) plus a huge 10,200mAh battery meaning you should be able to get 17 hours of playback out of it. The tablet is compatible with 45W quick chargers via USB-C, though frustratingly there isn’t one in the box. Lenovo also revealed the Tab P11 5G, another Android tablet with 5G.

Here’s hoping it comes to the UK soon 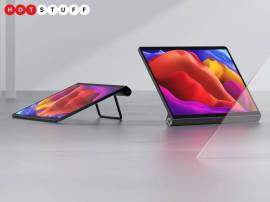 Also a subwoofer and 15-hour battery – portable cinema, anyone? 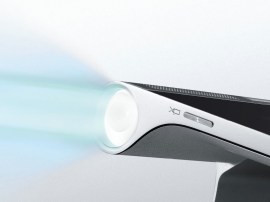