Home / Features / Moto G8 Plus vs OnePlus 7T: Which is best? 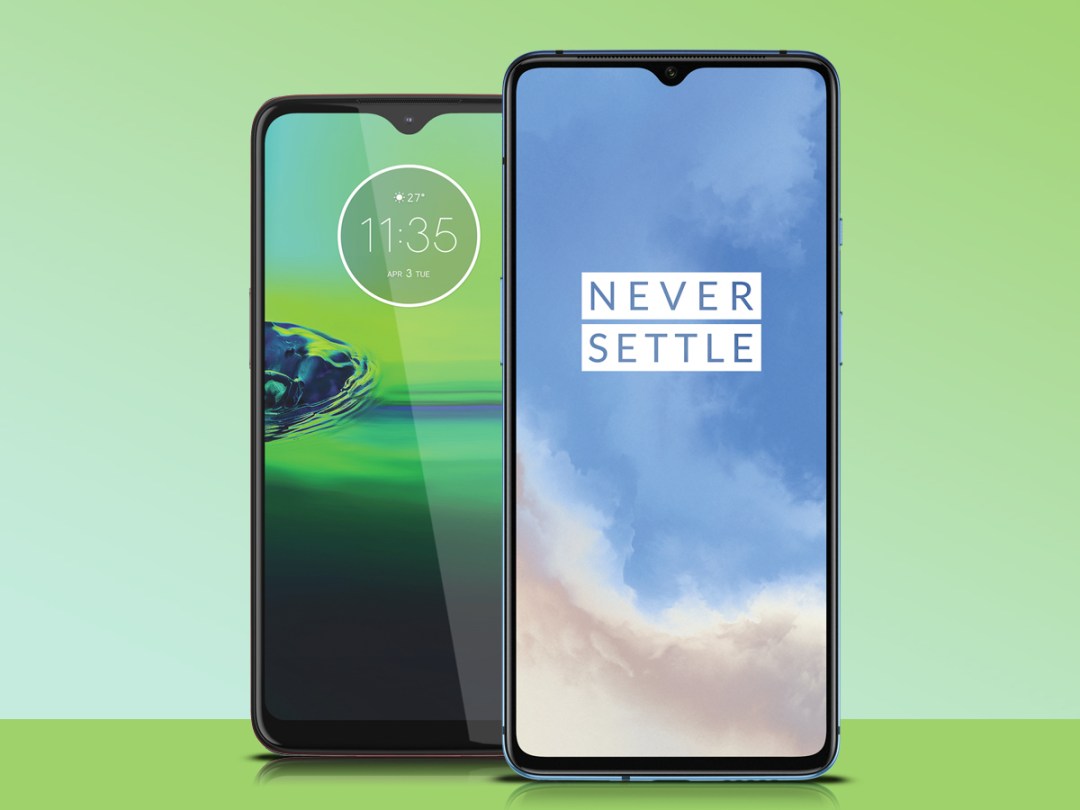 The OnePlus 7T is one of the best “budget” flagships you can buy, undercutting the likes of Apple, Google, and Samsung by hundreds of quid. But what about a plain ol’ budget phone?

Motorola has done it again with the Moto G8 Plus, which manages to best its predecessor in may ways while actually trimming down the price. It’s not meant to compete with full-blooded, near-four-figures flagship phones, but does it strike an even better balance than the OnePlus 7T?

Here’s what we think.

Design: A tale of two sides

On the face, these phones actually aren’t far apart. Both have a small camera notch at the upper center, and both have a "chin" of bezel at the bottom – a little smaller on the OnePlus 7T. The notch design is a bit different, but the end results aren’t miles apart.

There’s a difference in materials, however, with the OnePlus 7T opting for glass and aluminium and delivering a more distinctive, curved look in the process. Motorola’s saved some cash here by opting for plastic frame and backing, but the two-tone back still has an alluring edge.

OnePlus handily wins this one with a 90Hz screen on the OnePlus 7T. The huge 6.55in 1080p AMOLED screen uses that boosted refresh rate to make everything seem speedier and buttery-smooth, plus you get the great contrast and deep blacks of OLED tech.

The 6.3in screen on the Moto G8 Plus isn’t quite up to snuff, but this 1080p LCD is still a very good panel at the price – it just doesn’t have the noticeable and much-appreciated perks offered by the OnePlus 7T’s panel.

The OnePlus 7T comes with a versatile triple-camera array on the back, pairing a 48-megapixel primary sensor with a 12MP telephoto sensor and 16MP ultra-wide sensor. There are better flagship cameras out there, but the OnePlus 7T does a pretty good job with what it has, delivering strong results with ample lighting and featuring a great macro ability.

The Moto G8 Plus also has a 48MP main sensor, and it’s the only one used for still photos. You also get an ultra-wide video camera like that of the Motorola One Action, and a 5MP depth-sensing camera meant to aid the others. Photos can be pretty good in daylight, but the pixel binning does shed some detail along the way. Keep your expectations in check.

With its mid-range Snapdragon 665 chip, the Moto G8 Plus handles most tasks just fine. It’s not as speedy as pricier phones, but it thankfully doesn’t get too bogged down with apps and media, and PUBG Mobile ran just fine.

Still, it has nothing on the top-of-the-line Snapdragon 855+ chip in the OnePlus 7T, which feels much swifter in action. The OnePlus 7T also delivers smoother games performance, plus the 90Hz refresh rate on the screen makes the smooth performance feel… well, even smoother.

The Moto G8 Plus can actually claim this category. It has a slightly larger battery pack at 4,000mAh vs. 3,800mAh, plus the Moto uses less power due to the mid-range processor. As such, it should last a bit longer.

Also, while the Moto starts with less internal storage at 64GB vs 128GB in the OnePlus 7T, you can’t add anything to the OnePlus – there’s no external storage option. The Moto G8 Plus can be augmented with microSD cards for a significant boost.

Verdict: Both are great for the price

No surprise: if money was no issue, then we’d rather carry the OnePlus 7T. It has the better screen, more speed, and overall better photos. We think it’s worth the £549 price if you can comfortably swing it, and in fact, we think it’s better than many phones priced higher than that.

The Motorola Moto G8 Plus makes understandable concessions, but none are severe: the design is appealing, the screen is very good, the speed is just fine for most needs, and photo quality is… well, it’s not far off from what you’d expect for the price. There are no huge weaknesses here.

At £240, it’s a heck of a good deal. We still give the overall nod to the OnePlus 7T here, but if you’re not keen on spending that kind of cash on a phone – and really, we don’t blame you – then the Moto G8 Plus is definitely one of the top options in the budget space right now. 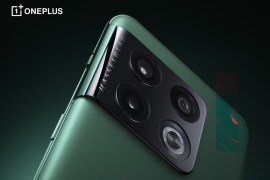