Blackberry is in a celebratory mood with the launch of OS 2.0 for the PlayBook – and it’s offering two free games to every PlayBook user.

OS 2.0 also brings some sweet new features to the PlayBook. An update to BlackBerry Bridge now means fanboys can use their BlackBerry smartphone as a wireless keyboard for their PlayBook.

PlayBookers have until June 20 to get their hands on the free games.

Just because they could – 3D printed robotic dinosaurs

The Blackphone 2 aims to be a BlackBerry killer

If you could have a secure Android phone, would you bother with a BlackBerry? 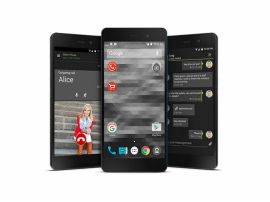