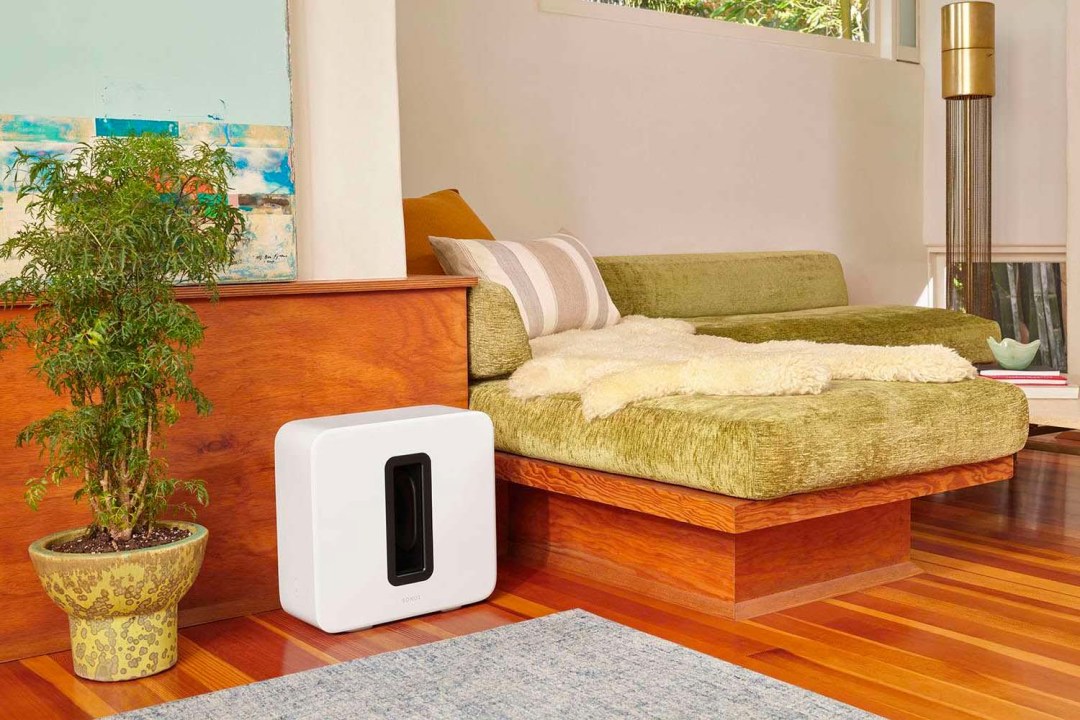 If you were wondering why there were some genuinely great Sonos deals over the Black Friday weekend, your answer might have just arrived, courtesy of an eagle-eyed Redditor seemingly revealing the existance of a new Sonos speaker.

The leak comes to us via Reddit user S114HED, who spied a mention of the hitherto unknown Sonos Sub Mini in the Sonos app’s ‘Quick Help’ section for connecting a secondary sub to your audio set-up.

Two key details are revealed in the screenshot shared to Reddit (below), starting with the design of the Sonos Sub Mini.

According to the unconfirmed information, the speaker will be a “smaller, cylindrical subwoofer” that (presumably) sits under the larger, square-shaped Sonos Sub proper in the company’s line-up.

Secondly, the grab tells us thats the Sub Mini unfortunately won’t be able to be added as a second sub to a system that also features a fully-fledged Sonos Sub.

This would again seem to suggest that the Sub Mini could be a cheaper, standalone Sonos product a bit like its Roam Bluetooth speaker – aimed at those who want to boost the quality of their sound at home, but aren’t necessarily ready to dive fully into the pricey world of a Sonos multi-room system.

Adding a final bit of intrigue is the fact that the 3rd gen Sonos Sub is still £80 off at John Lewis, among other retailers. The Reddit threadlinked to the leak speculates that the new Sonos Sub Mini speaker could launch with a $450 price tag (~£335), based on how Sonos typically aligns its pricing with rival Bose.

Sonos has declined to comment on the leak to multiple media outlets, so a release date for the Sonos Sub Mini can’t be confirmed either.

That said, with the world’s largest consumer electronics show, CES, back on the cards in January 2022, we’d be surprised it hadn’t broken cover by the end of the Las Vegas event at the latest.