Apple looks set to have a busy 2022 featuring updates for nearly all of its major product lines like the iPad, iPhone, Apple Watch and MacBook, according to company insider Mark Gurman of Bloomberg.

In his latest Power On newsletter for the site, Gurman revealed what he thought Apple had up its sleeve next year, with his crystal ball gazing a mix of the obvious and the genuinely exciting.

In terms of things my Mum could tell you, we’re obviously going to be getting the iPhone 14 line-up, further upgrades for the Apple Watch and AirPods, plus a new entry-level MacBook Pro.

More intriguingly, Apple is tipped to release no less than three new iPad models in 2022 – most notably a totally redesigned iPad Pro with support for wireless charging. In addition, the cheaper iPad Air and base iPad models are also likely to get tweaked.

Apple mixed reality headset is one more thing – for the metaverse

When it comes to the potential for one of Apple’s infamous ‘one more thing’ announcements, that too is going to go down next year – but maybe not how you think.

Gurman is tipping 2022 as the year Apple finally reveals its long-rumoured VR/AR headset – a company first and a clear sign that the current metaverse craze isn’t going away in the new year.

Hardware fans are in for a treat, too, with Apple’s biggest MacBook Air redesign ever tipped to break cover next year alongside a new top-of-the-line iMac featuring Apple’s own Silicon, a new Mac Pro, and a rare Mac mini update.

Even Apple’s iPhone plans apparently include something less predictible, with the Cupertino-basd tech giant set to roll out 5G to its more affordable iPhone SE. 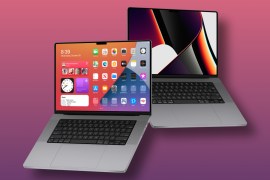