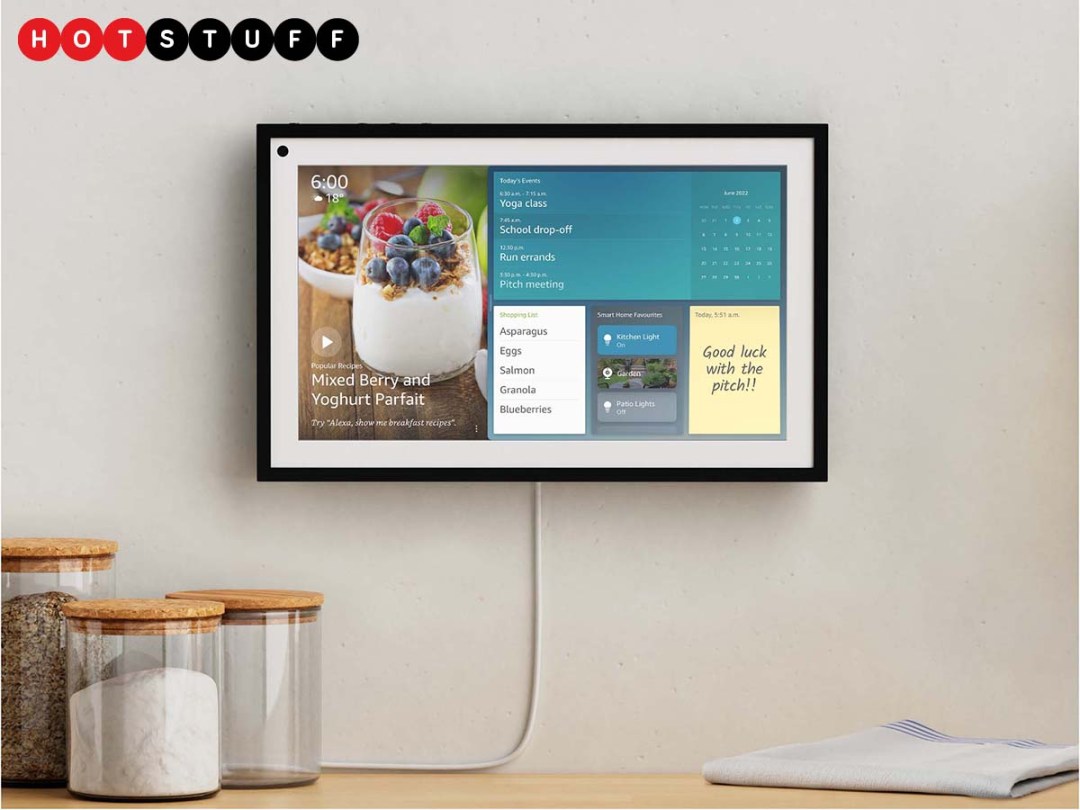 Amazon has launched a long-rumoured large-screen Echo Show designed for busy homes. The $250/£240 supersized 15.6-inch display has the same capabilities as any other Echo Show but home screen widgets have been supercharged – you can arrange them however you want and have large-sized widgets for things like weather, sticky notes, shopping lists and your calendar. Amazon also says there’s a widget library that third-parties can design widgets for, too.

Watch Netflix on the wall

Inside the black frame and white surround is the Full HD display. While you can, of course, use it to watch content from Netflix and Prime Video among others, that’s not really its core objective. Instead, it’s intended to be a communal device – a family planner, if you like. You can place it on a wall, while stands and other accessories will also be available. The device has a 1.5m power lead in the box.

Naturally, you can use Echo Show 15 for dropping in on other Alexa devices or voice/video calling over Alexa or Skype (frustratingly Zoom hasn’t arrived on Echo Show devices in the UK yet, but you can use it in the US). But somewhat ridiculously it doesn’t include the enhanced 13 megapixel camera with auto-framing from the recent Echo Show 8; a 5 megapixel camera is included instead. That feels like a miss.

Other cameras in your home – such as a Ring doorbell – can be displayed using picture-in-picture, so you can keep an eye on things at the same time as you’re watching a show or following a recipe.

The Echo Show 15 does have new hardware inside in the form of the latest-generation neural processor that Amazon developed in cahoots with Mediatek. Known as AZ2, it’s a step on from the chips inside last year’s ball-shaped Echo and Echo Dot. Doing more on the device helps Alexa’s speed.

The new hardware also means that not only can Alexa recognise your voice, but Echo Show 15 can recognise who is in front of the device providing they’ve been enrolled – Amazon calls this Visual ID.

Amazon also announced during its annual Echo and Alexa launch event that next year you’ll be able to review requests associated with specific household members who have set up Voice ID in the Alexa app or by visiting Alexa Privacy Settings.

So you will be able to say, “Alexa, update my privacy settings,” and Alexa will help you adjust settings like how long voice recordings are saved and how they are used on a per-person basis. As with other Echo Show devices, there’s a physical camera shutter and mic mute on Echo Show 15. 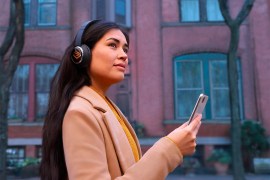