It’s an exaggeration to say the new Lego Eiffel Tower set is almost as tall as the real thing. But it does have plenty of height – and is the tallest official Lego set ever released. Once you’ve completed this 10,001-piece set – the second highest piece count in any Lego kit to date – the magnificent structure will stand a whopping 149cm tall.

If you’ve got the space for displaying this brick-built wonder, chances are you’re not too hard up. Just as well, since the kit will set you back £554.99/$629.99 when it’s released on 25 November.

You at least won’t have to walk at a snail’s pace while moving the thing around. Lego says the kit separates into four sections to make it easier to “build, move and play with”. On the last of those – ‘play’ – we’re a bit puzzled. You’re hardly going to swoosh it through the air like a Star Wars ship. That said, along with gawping at the geometric structure, you can fiddle with the landscaping and lifts. So that’s something.

What you get here, then, is as close a recreation of the real-world landmark as you can expect in brick-built form – one that far surpasses any previous Lego attempt.

Describing the process of creating the new set, Lego designer Rok Žgalin said: “We wanted to find the ultimate Lego expression for the engineering and architectural masterpiece that is the Eiffel Tower. We followed the structural principles of the original tower as closely as the Lego system would allow.

“During the build you’ll uncover interesting, novel building techniques that bring the tower’s architectural features to life in Lego bricks. Once complete you can imagine the breath-taking feeling of standing at the top and looking across the rich history of the city of Paris. It is the perfect set for travel and architecture fans alike.”

Although, you know, don’t go beyond imagining and actually stand atop the kit, because it won’t take your weight. Probably also don’t tip out all the grey pieces into one big pile before you start either. That is unless you’re up for a major challenge or are some kind of Lego masochist. 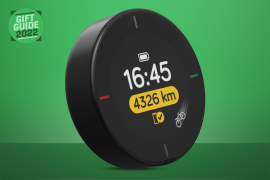 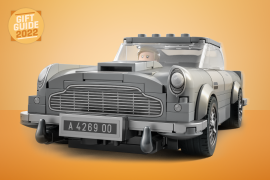