Home / Hot Stuff / Gaming / The Xbox Adaptive Controller is a programmable, extensible and vital controller for gamers with mobility issues

Modern gaming is increasingly about inclusion, but gaming by its very nature excludes those who lack the mobility to use controllers. Microsoft’s Xbox Adaptive Controller ($99) offers a solution. The sleek slab of plastic at a glance resembles a minimal set of DJ decks, but the two large black discs are actually programmable buttons. In fact, the entire unit’s extensible and customisable, which becomes readily apparent on spinning it around to see the row of ports designed to work with add-on third-party devices. There are 19 ports – one for each standard Xbox controller input – and set-ups and mapping can be changed on the fly, even during a game. This all makes for a revolutionary controller that will extend the joys of gaming to people previously faced with pieces of plastic that may as well have been barriers as high as a building. 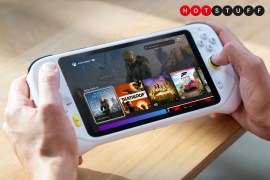