In 2016, Apple took a swig of ‘courage’ and dumped the iPhone’s headphone port. Since then, the iPad and many Android devices have followed suit – not great if you’d sooner spend your time with superb wired cans glued to your lugholes. Now, Accessport Air ($24) brings back the headphone jack – sort of. Really, it’s another dongle, but instead of leaving your headphones tethered to a device, it makes them wireless through Bluetooth 5.0 and aptX smarts. With low latency, two-device connectivity, and a 9-hour battery life, Accessport Air should suit music fans and gamers alike. There’s even a built-in mic for in-car calls, so you can bore friend senseless while you drive, banging on about how you love the Accessport Air – and that courage is overrated.

Promoted: The Libratone TRACK Air+ are the perfect headphones for the gym

Look, we don’t want to jump on the New Year, new you bandwagon, but there is something about a new year – and a new decade no less – that makes you want to reassess a few things. Add to that the calorie fest that is Christmas (or the whole of December, let’s face it) […] 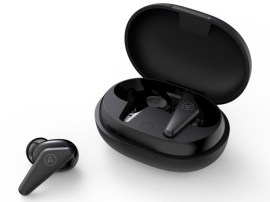 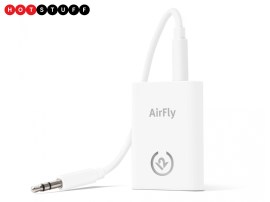