In the not-too-distant future, everyone and their adopted kitten will be rocking a HUD (that’s a head-up display, fact fans, which literally means a display you can see without looking downwards).

Google Glass may be the wearable tech on the world’s lips, but there are other head-up display-equipped devices on the market – or in the case of the Recon Jet, a sports-centric eye display coming out in February 2014.

The Jet places a HUD (equivalent to having a 30in screen 7ft away from you) on a pair of lightweight sports sunglasses. It’s feature-packed, with a 1GHz dual-core computer, a gyroscope, compass and accelerometer, pressure sensor, thermometer, Bluetooth 4.0, 802.11n Wi-Fi, an HD camera, GPS, Ant+ (for hooking up fitness peripherals) and an open-source operating system based on Android. All that, and at US$600, it’s also going to be ‘significantly cheaper’ than the US$1500 of Google Glass.

While Glass is a brilliant peripheral for your smartphone, Jet looks to be a powerful piece of hardware in its own right. We sat down with Recon Instruments’ CEO and founder Dan Eisenhardt to talk about the future of wearable technology, the UK’s potential ban on the use of HUDs while driving and those inevitable comparisons with Google’s own HUD-carrying device.

How does Jet differ from Google Glass?

“We’re both making head-up displays, but that’s where the comparison ends. We’re targeting a different customer – we’ve already been coined as the sporty alternative to Google, even though we were there before [Recon launched HUD-equipped ski googles years ago]. We’ve been in the market for HUDs since 2010 and we’ve shipped over 50,000 units, so in many ways we’re the incumbent. We’ve always focussed on sports.”

Why do you think athletes will be interested in wearing a HUD?

“We’re targeting customers that are already wearing eyewear: sunglasses that they’re wearing whilst cycling or running or golfing or hunting. We’re aware from things like Bluetooth headsets that it’s hard to get people to wear new technology, it can be seen as too intrusive.

“So we’re not telling you to put something new on your face – you’re already wearing some type of specialist gear – and we’re providing you with data that you’re already using. Today you’re using a tablet or a smartphone, but we can provide that instant, hands-free access to that contextually relevant information. We’re not trying to show you a movie or anything – instead it’s information that’s relevant to that moment in time, for your activity.”

In your promo video there’s also a surgeon and a firefighter wearing Jet – can you see HUDs catching on for those sorts of uses?

“We don’t want to spread ourselves too thin, and we’re definitely a sports and outdoor company, that’s our DNA and that’s what we’re focussing on – but we also understand the power of the technology that we have, and we don’t want to restrict anything. We’re open source, and we made that video because we don’t want to tell developers what to do with Jet. If someone wants to take the hardware, put a transparent lens in there and use it indoors, then we encourage it. Sports is number one, but there are other applications, and many more than we’ve shown in the video.”

“It’s called Recon OS, but the biggest building block in there is Android, which is a huge strength for us. [Jet] is just as powerful as a smartphone or tablet [it runs a dual-core ARM A9 processor at 1GHz], so you can do quite a lot with it.”

What’s your take on the UK government’s plans to ban the wearing of HUD devices while driving?

“I would say it’s less distracting than looking at information on the dashboard of a car, because the eye travel and head movement is less. The question is, are you more prone to looking more frequently at a HUD, because it’s always there? And I would say yes. I’m very prudent and conservative in that sense – when you’re in a car, you’re basically in control of a weapon; it’s not just yourself involved. In sports applications, you’re moving much slower and most likely it’s only yourself who would be in danger.

“An important difference between Jet and Glass is that Jet uses an off-axis screen at the bottom of your field of view, so if you’re looking out through the windscreen of a car you won’t see it. I think as it stands now, Jet is safer than Glass – but we wouldn’t say, ‘Use this in a car.’

“Jet could feature turn-by-turn navigation but would have to be controlled. Perhaps it could be made to shut off if you’re travelling above a certain speed [Jet has GPS and a suite of sensors which would allow it to know how fast you’re moving].”

Why do you think we’re seeing a surge in wearable tech like HUDs and smart watches?

“I think we’ve gone from relying on audio [electronic communication] to relying on visuals: we’re not really talking much on our smartphones, it’s mainly text messages and emails that we’re checking for at all times. We’re looking at a screen every ten seconds. We’ve also become more mobile and don’t spend as much time in the office anymore. And then the revolution in smartphones has led to the availability of relatively affordable mobile computers that you can make into a head-up display.”

Where do you think the wearable tech trend is leading us?

“I think head-up displays are here to stay and they’re going to make their way into our lives in various ways. It’s always difficult to predict the exact path that it’ll take for that to happen. I think that when you’re putting something on your face, there’s a vanity issue – it has to make us look better, and that’s very difficult when it comes to a piece of technology. So the whole fashion component is going to take some time, but there’s less sensitivity to that in the sports industry because like I said, you’re already wearing specialist gear.

“Over time, maybe a couple of years, you’ll see further miniaturisation so these devices become less intrusive. And then you’ll see it become more like a piece of jewellery, something that actually makes you look good. It’s almost invisible.”

“They will be. That’s always been on the map and several years ago some research into them was completed by a professor at the University of Washington [Babak Parviz, now heading up the Google Glass project]. It opens up a whole host of challenges: there’s price point, there’s risk of failure – you could make people go blind, so there’ll need to be some kind of FDA approval, and that could take 15 years. So you quickly get into a state where it’s more challenging, but it will happen.

“And things tend to go faster than we think in terms of the technology. What is more difficult is this whole question of adoption and whether we’re ready for it. Do we really want to be that person who is wearing this all the time? But after some resistance I think there’ll be this acknowledgment that hey, [through wearing HUDs] we can add value here, here and here.”

Will HUDs kill off smart watches?

“Well, back when the iPad came out, people asked what you would need it for. It’s funny how people find uses. So I think these categories can co-exist. There’ll be situations where you don’t want to wear something on your face. But one thing that I’ve noticed that may make it difficult for smart watches, and this is deeply embedded in our social behaviour, is that when somebody looks at their wrist it’s actually perceived as that they don’t want to be in the room anymore. You don’t get that so much with a smartphone. So I think there’s a little bit of a problem there.” 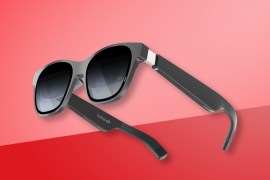 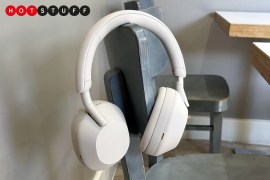