Home / Features / Never Settle: Why the OnePlus 2 is not a product of compromise

If there was one word that kept popping up in our interview with OnePlus co-founder Carl Pei, it would be “focus”. Usually followed by the phrase “user experience”.

Whether it was discussing the company’s unique invite-only purchase system, wearables, or its latest flagship device, the OnePlus 2, these words kept finding their way back into the conversation.

Not even two years old, this young company clearly believes in its idealistic tagline “Never Settle,” and talking to Pei it’s equally clear that OnePlus is resolutely focused on making the very best phones possible, regardless of the consequences.

Building the company’s second flagship phone certainly wasn’t easy. The success of the OnePlus One meant there were obviously new expectations to live up to, especially when the OnePlus tagline is the very loaded Never Settle.

“As with everything related to taste, it’s very easy to be a one-hit wonder and have your second album flop," Pei admits. "We were very anxious about the performance of the OnePlus 2.”

This is clear from the sheer effort that has gone into its development. In the 15 months – or 261 days to be precise – that the phone took to be created, it has gone through over a hundred different iterations and plenty of U-turns to get right. Every aspect of the phone was fiercely debated – from the type of USB to the CPU used.

For example, the OnePlus 2’s camera utilises a relatively large 13MP sensor which, in turn, makes the phone thicker. How some manufacturers accommodate this without increasing the phone’s heft is to have the camera protrude like the iPhone 6‘s.

“We spent a lot of time debating whether we should have the camera stick out from the body or keep it as flush as possible," recalls Pei. "In the end, we went with the latter. This made the phone a little thicker but it did also allow us to put in a bigger battery.”

Not all the decisions had such a positive outcome and the company isn’t willing to jump on every bandwagon – even if that means attracting criticism.

The choice to forgo Near Field Communication (NFC), a one-tap system allowing devices to connect and transfer data, caused quite a ruckus within the community, with many users claiming that OnePlus had in fact "settled" because the omission sure looked a lot like compromise.

“I had someone on Twitter tell me the day after the launch “Hey, you didn’t put NFC in, that’s so stupid, I’m going to buy another phone.”

But Pei firmly believes the decision to not include NFC was simply a case of responsible product management.

“When I ask users how many times they’ve actually used NFC on their phones, the answer is usually just once or twice to test out the functionality. Of course there are users who have set up NFC tags around their home but that’s a very niche kind of need.

We’ll never sacrifice our product for the majority of users to satisfy a very slim niche.”

“I think there’s an unhealthy obsession with specs currently,” states Pei. “Something like the alert slider isn’t even detailed on the spec sheet. We don’t want people to care too much about the specs.

"Is your smartphone beautiful? Does it feel nice in your hand? Does the camera take good photos? I think users care much more about these things than how many cores it has, how many megahertz or gigahertz, how many megapixels. In the end you’ve got to look at what’s important for a user.”

As such, NFC might find its way back into a future OnePlus phone when newly-announced products such as Android Pay become a part of mainstream society.

“For this generation of the phone, we just don’t think it’s a value-add for our users,” explains Pei.

If you need further evidence that OnePlus is all about the user experience, just look at its invite-only purchase system.

"In its essence, the invite system is just a way for a user to recommend a product to another user," Pei says, "the other option would be to put very limited quantities up on our site for sale and it will sell out in three seconds. But that would only take away from the user experience."

The only bad thing about this is that Pei ends up getting mail like this:

Just got this FedExed #wut pic.twitter.com/upHIowldle

Looking for some wallet-friendly wrist action? 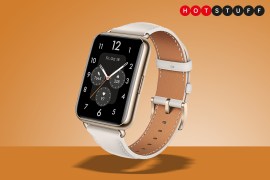 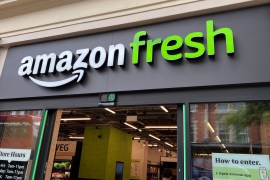