Home / Features / How graphene gadgets will take us back in time

Remember the days before plastic? Me neither. But they happened and they were different. Products were made from wood and metal and bits of whale, everything was hand-made and everything was expensive.

Things might have been more durable and yes, they smelled of rich, delicious whale-fat, but everyone breathed a sigh of relief when plastics came along. The introduction of mouldable, bendable, affordable materials that you could blow or press into any shape, initiated a profound change in human existence – a switch from the Days of Yore to the Days of More. A change of that magnitude is about to happen again.

READ MORE: Why virtual reality is here to stay. At last.

In 2004, two scientists at the University of Manchester scribbled with a graphite pencil onto a piece of paper, put a piece of sticky tape over the top, pulled the tape away and won a Nobel Prize.

OK, it wasn’t quite that simple but Andre Geim and Kostya Novoselov proved that a single sheet of carbon atoms could be made from graphite (which, you’ll remember from your chemistry lessons, is made up of stacked sheets of carbon atoms) and the new material that resulted, graphene, was something from a science-fiction novel.

Floating cats
For one thing, it was the strongest material ever tested. A single, meter-square sheet of graphene would be invisible to the naked eye – it’s so thin that you could fit three hundred million sheets into a single millimetre – but it would be strong enough to support a cat. The cat would look like it was levitating. It would also look confused and embarrassed and it would try to pretend that it wasn’t, as cats are wont to do. We can all agree that this would be a good thing.

Of more immediate practical use is the effect graphene will have on your gadgets. Even more staggering than its strength is graphene’s ability to conduct electricity: it is a million times more conductive than copper. You know when you spend half an hour playing Goat Simulator on the loo (you do know, don’t pretend you don’t) and your phone gets really hot? That heat comes from electrical resistance* – electrons hitting impurities as they stream through the metal (OK, some of the heat is from your hand, too).

Resistance is futile
Resistance slows things down; just as a car engine gets a bit melty if you run it at full speed for an hour, your electronics have to run at acceptable speeds. With graphene circuits, there’s almost no resistance and electronics can run as fast as they like.

And graphene doesn’t stop there. It’s also flexible and elastic, stretching by up to 20 per cent of its length. This means that a 5in phone running on graphene circuits would not only be transparent and hilariously powerful; it could also bend and stretch. This has the people who make prototype phones and tablets excited. By printing graphene-based circuits and batteries onto a flexible, transparent display, it would be possible to make a tablet that could be folded into a phone that could be rolled and stretched into a bracelet or a watch.

READ MORE: Why we are all going to become Glassholes

Oh, and did I mention that graphene is also the most impermeable known substance? Not even helium atoms can pass through its lattice (imagine being like chicken wire but billions of times finer) so not a single atom of water would pass through.

So what happens when our gadgets are indestructible, endlessly powerful and can reshape? It could be that it’ll be just like Olden Times: you’ll buy something and it’ll last a lifetime, just like Grandpa’s whaleskin raincoat. 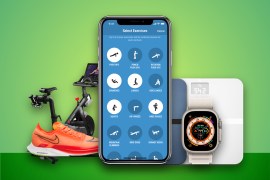 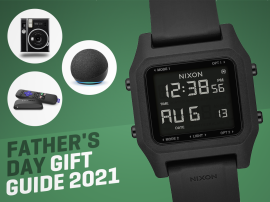