The world has moved on at almost incomprehensible speeds since the HTC HD2 first blew our minds back in 2009. Paving the way for the golden era of the Taiwanese tech company, we were lucky enough to enjoy some of the best smartphones it ever made, including the likes of the iconic HTC Hero, and HTC One M8.

Today, the company’s phone division is much quieter, with more efforts focused on VR headsets like the HTC Vive range. Still, that hasn’t stopped it from releasing a few handsets over recent years, including the crypto-focused HTC Exodus 1, and last year’s Desire 21 Pro — the latter of which is now getting a successor — the HTC Desire 22 Pro.

Launching on 1 August, the Desire 22 Pro appears to be a rather unassuming mid-range handset, with a 6.6in 120Hz 1080p screen, triple rear camera setup, and 32MP selfie cam. Powered by Qualcomm’s mid-range Snapdragon 695 processor, its spec sheet is rounded off by 8GB of RAM, 128GB of storage, and a 4520mAh battery.

Available in black or gold with Android 12, wireless and reverse wireless charging, and IP67-rated water and dust resistance, it appears to tick all of the main boxes, on paper at least. HTC is looking to differentiate it further, however, with a few features that will, in its own words, “carry you into the future”.

The first of these is a built-in digital wallet to manage crypto assets, with some markets receiving a free NFT thrown in for good measure. HTC is also touting the Desire 22 Pro as a metaverse-focused handset, describing it as the perfect companion to its own Vive Flow VR headset. Given that the headset works with any Android phone however, we’re not quite sure on what specific advantages the Desire 22 Pro offers, if any.

You can pre-order the HTC Desire 22 Pro for £399 directly from HTC, or opt for a £763 bundle that includes the Vive Flow headset, if you fancy. 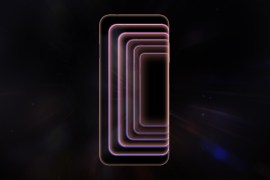 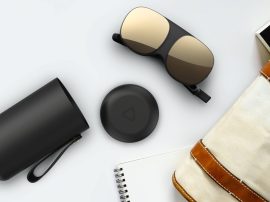