For a while there, it looked like the Steve Jobs movie written by Aaron Sorkin (The Social Network) might linger in development hell, as potential stars (including Christian Bale and Leonardo DiCaprio) and directors (like David Fincher) came and went.

But when actor Michael Fassbender and director Danny Boyle committed to the project late last year – and it moved from Sony over to Universal – the film was fast-tracked into production. And now it’s coming out on 9 October, with the first full trailer released today following the teaser from May.

It’s fair to say that Fassbender isn’t a dead ringer for the iconic Apple co-founder and longtime leader, and that Seth Rogen seems more like typical Seth Rogen here than fellow Apple co-founder Steve Wozniak. Despite being based on Walter Isaacson’s authoritative biography, the actors’ interpretations may not be exactly “by the book.”

However, there’s proven talent in the fray here: Sorkin and Boyle are both longtime creators that have made smart, memorable films, and while Ashton Kutcher might’ve been a closer visual match for Steve Jobs in 2013’s terrible Jobs film, Fassbender is easily the better actor. And he and Rogen are flanked here by a couple more excellent veteran thespians: Kate Winslet and Jeff Daniels.

The trailer offers a look at the film’s unique structure, which primarily spotlights the run-up to three major reveal events held during Jobs’ career: the Macintosh in 1984, NeXT Computer in 1988, and iMac in 1998. Will this be the film that nails Jobs’ unique personality and his impact on the tech world? Here’s hoping – we’ll find out in a few short months. 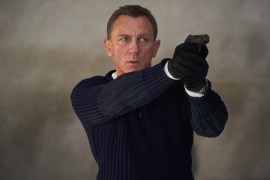