Pebble crushed Kickstarter records with the campaign for the Pebble Time a couple months back, pulling in more than US$20 million (almost £13 million) – and as promised, the watches are ready to begin shipping by the end of May.

They’ll start going out this Wednesday, 27 May, although not every backer-claimed Pebble Time will ship on that date. However, Pebble says that all of the watches should be manufactured by the end of the month, and that backers will be able to finalize their selections by then as well.

All backers should have a tracking number by mid-June, the company says in its latest Kickstarter update, and then we imagine it won’t be too long before the company begins offering the Pebble Time and Pebble Time Steel to traditional buyers. If a recent report is correct, the company might need that additional income as soon as possible.

Last week, TechCrunch cited sources claiming that Pebble was struggling to stay afloat, and that it was seeking venture capital money to maintain its obligations. Reportedly, the company had obtained a US$5 million (£3.2 million) bank loan and the same amount in a line of credit. CEO Eric Migicovsky opted not to comment when asked by the site.

Instead, it seems the company has responded by showing that things are very much business as usual on the outside, and hopefully that’s also the case internally. There’s certainly demand for the new watches, as evidenced by the 78,000+ backers that pledged funds this spring, and we’re intrigued to see how many more snap one up once the Pebble Time is properly on sale.

The 23 best horror films on Amazon Prime Video and Freevee

Why not freak your nut out with one of these scary movies? Updated for January 2023 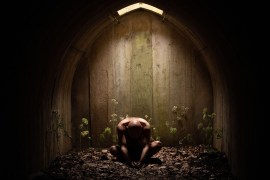