It seems that the games industry isn’t the only eligible suitor of virtual reality tech. Variety has reported that VR headset creator Oculus has no intention of blocking pornographic content on its platform.

When recently speaking at Silicon Valley Virtual Reality Conference, Oculus founder Palmer Luckey was asked whether the company had any plans to put a stop to virtual hanky panky, to which he responded that “The Rift is an open platform. We don’t control what software can run on it, and that’s a big deal.”

If we were to speculate that this idea excites some of the individuals reading this article, which of course we would never suggest because we’re a family publication, then we would advise caution before purchasing a VR headset. Both Oculus and the HTC Vive are open platfoms for which anyone can develop software, and are therefore by far the most likely to host sexual content. Competitors like Samsung’s Gear VR and Sony’s Project Morpheus, whose environments are both locked down in the same manner as Apple’s, are unlikely to have you sighing with pleasure – outside of their enjoyably immersive videogame offerings, of course! 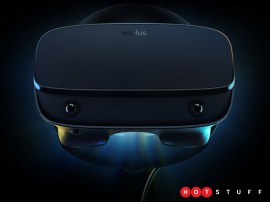 Oculus Go: Everything we know so far

A cheap, standalone, powerful VR headset? Go on then… 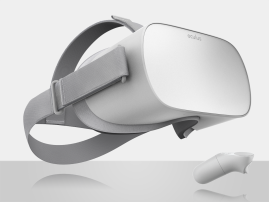