Home / News / Lytro introduces Illum, a pro-level camera that lets you focus after you shoot

Lytro has announced its second camera model. The Lytro Illum takes the light field photography capabilities of the 2012-launched initial model and puts them in a far more professional-quality body.

If the first Lytro felt more like a proof of concept than an actual product – it took images that could be “refocussed” later, but said images were tiny, the interface was unwieldy and the product itself was uncomfortable to hold – the Illum looks to be a huge step forward.

It has a 40-megaray light sensor (which should mean almost four times the detail of its predecessor) married to the 8x optical zoom and constant F2.0 aperture boasted by the original Lytro. The shape, too, looks far easier on your hands while still being arrestingly unusual and bold.

And crucially, the huge amount of information it captures every time you press the shutter button means that photos taken by the Illum can be adjusted for focus, perspective, tilt and depth of field after they’ve been taken. It’s also compatible with existing photo-editing suites like Photoshop, Lightroom and Aperture.

Harness the power of Light Fields, and magical things can happen 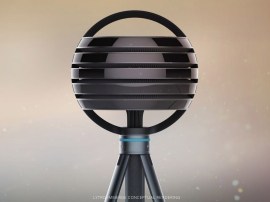 Lytro-like smartphone cameras could be just around the corner 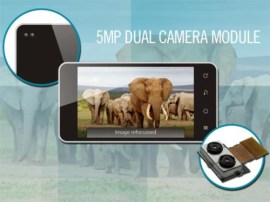 Future Nokia phones will let you focus after taking photos

If you thought the Nokia 808 PureView was impressive, think again. Nokia has some fancy new cam tech coming our way…