No, we’re not trying to pass the Olympus M:Robe off as a new gadget. Though that is one of our favourite parlour tricks.

What we have here is the iRiver U10, a 512MB or 1GB touchscreen MP3 player that bears a striking resemblance to Olympus’s MP3 debut.

Despite the physical and touchscreen similarities, iRiver’s newbie is smaller than the MR-500i – in both capacity and dimensions – and has a 2.2″ colour screen instead of a monochrome one. It also has an FM radio, a mic and support for MP4 files converted to iRiver’s 320 x 240 Simple Profile format.

It’s certainly a cute-looking beastie. Its killer feature could, however, turn out to be an accessory – an optional £50 dock with stereo speakers, snooze button and a line-in socket. iRiver’s touting it as a replacement for your bedside alarm clock.

iPhone 5’s A6 processor packs in 1GB of RAM

How does Motorola’s RAZR square up to its iOS foe? It’s closer than we first thought… 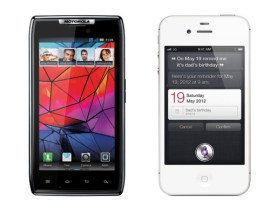 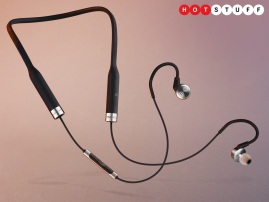