A massive 46% discount on the portable yet powerful Huawei MateBook D15 laptop is one of the stars of Huawei’s 2022 Amazon Prime Day deals, which also include smartwatches, true wireless headphones and gaming monitors.

The 15in thin-and-light machine is on sale for just £400 on Amazon UK right now, a saving of £350. Originally on sale for £750, the biggest drop we’d seen before Prime Day was £550, making this an exceptional price for anyone looking for an all-rounder notebook.

With an 11th-gen Intel Core i5 CPU, 8GB of RAM and 512GB of SSD storage, the MateBook D15 is more than powerful enough for everyday desktop duties, and has a big enough battery to get you through most of a working day without needing to plug in. When the time comes, a 65W USB-C charger is good for adding two hours’ office use in just 15 minutes.

The 1080p resolution display has a 16:9 aspect ratio and skinny bezels that should be just peachy for streaming Netflix shows in your downtime, and there are niceties like a fingerprint sensor built into the power button for quickly logging into Windows.

This year’s other major discount sees Huawei knock 54% off its FreeBuds Pro true wireless earphones. The noise-cancelling buds originally landed in late 2020 for £170, but can now be had for just £74.

Few ANC alternatives can be found for less, and even fewer that can match this pair’s battery life claims. Expect up to seven hours of listening from the buds alone, and up to 30 when you factor in the charging case. We gave them five stars when we reviewed them, saying they were Huawei’s “smartest and best performing flagship earphones to date”.

If you don’t mind the sometimes-fiddly touch gestures, you’re getting a great-sounding pair of in-ears with effective noise cancellation and attractive looks.

Smartwatches and fitness bands were high on Huawei’s discount list for this year’s Prime Day, headlined by the Huawei Watch GT 3 Pro.

The firm’s new design-led, flagship wearable was only revealed back in May, but can already be had for 20% off if you go for the 46mm model with black silicone strap. It was £300, but is on sale right now for £240.

We loved its stainless steel construction, ultra-tough sapphire glass and phenomenal battery life. Giving it four stars in our full review, we said its was “easily one of the best-looking wearables around” and that it “excels at standalone fitness tracking”.

The more mainstream Huawei Watch GT 3 has many of the same smart features as its Pro bigger brother, a similar design and stainless steel construction. In our four star review, we praised its smooth, reliable interface, great health tracking and stellar battery life.

Another recent arrival, the Huawei Watch Fit 2, also sees a healthy discount not long after launch. It went on sale in May for £130, but can now be had for £100 – a 23% reduction over retail price.

The Watch Fit 2 is a hybrid of fitness band and smartwatch, with a rectangular screen that doesn’t look too dissimilar to an Apple Watch. The 1.74in display makes it more suited to smaller wrists, but it isn’t short on features, with extensive health and fitness tracking, Bluetooth calling via a paired smartphone and as much as 10 days of battery life.

Finally, PC gamers looking to give their desktop a bit of an upgrade should definitely check out the Huawei MateView GT 34 monitor. This 34in ultrawide has a curved panel with 3440×1440 resolution, 165Hz refresh rate and HDR10 support baked in.

A premium speaker at a Prime price 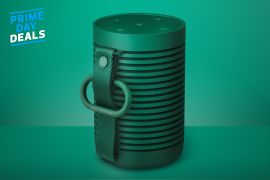 Save over £80 on one of our favourite fitness watches 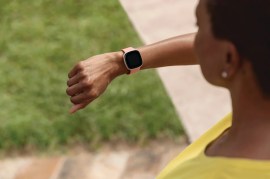 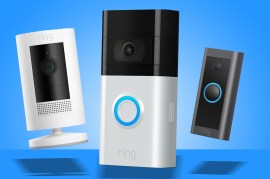