Google’s Pixel 6 Pro might just be the best value handset for camera aficionados, after a recent in-depth analysis of its snapping capabilities, revealed it to be the equal of more expensive devices like the iPhone 13 Pro and Galaxy S21 Ultra.

The camera boffins at DxOMark recently published the results of their Pixel 6 Pro testing, awarding Google’s new top-of-the-line smartphone a hefty 135 points – just two points shy of the score given to the iPhone 13 Pro and a whopping 14 points clear of the Galaxy S21 Ultra.

In some important respects, the Pixel 6 Pro is even deemed superior to the iPhone 13 Pro, namely its selfie capabilities, where it’s one of the absolute best smartphones around, just behind Huawei’s top premium offering, the P50 Pro.

The reason for the Pixel 6 Pro’s massive leap in imaging capabilities is apparently down to its choice of camera parts, with Google dropping the Sony IMX363 sensor it used to equip its flagship phones since the days of the Pixel 3. In its place is the Samsung ISOCELL GN1, a 50-megapixel primary camera sensor that Google partners with a 48-megapixel telephoto lens and 12-megapixel ultrawide camera.

It’s not the perfect smartphone camera, with DxOMark noting that it could improve its low light shooting capabilities and have a better bokeh mode, but overall the tests confirm the Pixel 6 Pro as a great value smartphone – one which costs £100 less SIM-free than the iPhone 13 Pro and starts at only £250 more than the regular Pixel 6. 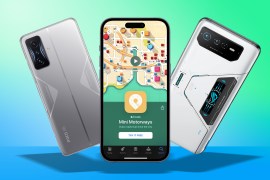 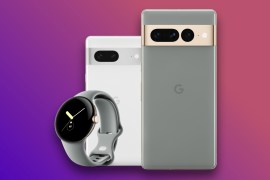