Internet Explorer’s days are numbered: Microsoft is putting the iconic web browser out to pasture in Windows 10, demoting it to a backup option while the so-called Project Spartan becomes the new default option.

And now we know Spartan’s proper name: it’s Microsoft Edge, as just revealed at the company’s Build 2015 conference. Edge makes some big changes to the usual browser experience we’ve seen over the years, adding some helpful functionality while remixing the look and feel to boot.

Microsoft’s digital assistant, Cortana, will be built right into Edge, letting you ask questions about selections and more deeply explore the content you encounter. Edge also has the “inking” feature, which lets you scribble or type on the screen using a stylus, mouse, or keyboard, and then send that web note along to a colleague or friend, or save it to OneNote.

Extensions support has been a bit of a question mark as Microsoft moves away from Internet Explorer, and today we learned that Edge will work with modified Chrome and Firefox extensions. It’s not entirely clear how that’ll function, but it sounds like developers will be able to make minor tweaks to bring them over into Edge.

Edge will be available on all Windows 10 devices, whether it’s a PC, smartphone, tablet, or anything in between, and based on the trailer footage shown today (see above), the browser looks fast, attractively animated, and – as Microsoft’s tag line claims – focused on “doing” rather than just “browsing.”

In other words, it should be a nice step up from Internet Explorer. You can try an early version of Edge – still labeled Project Spartan – in the Windows 10 Technical Preview for PC, tablets, and select phones, and it’ll surely be adding more features in the coming weeks. 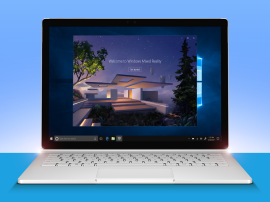 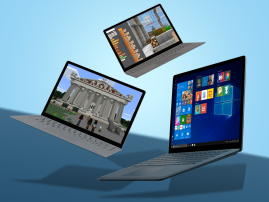 How to master… Windows 10 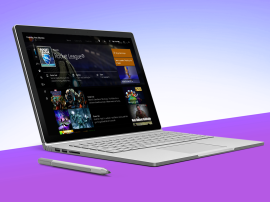