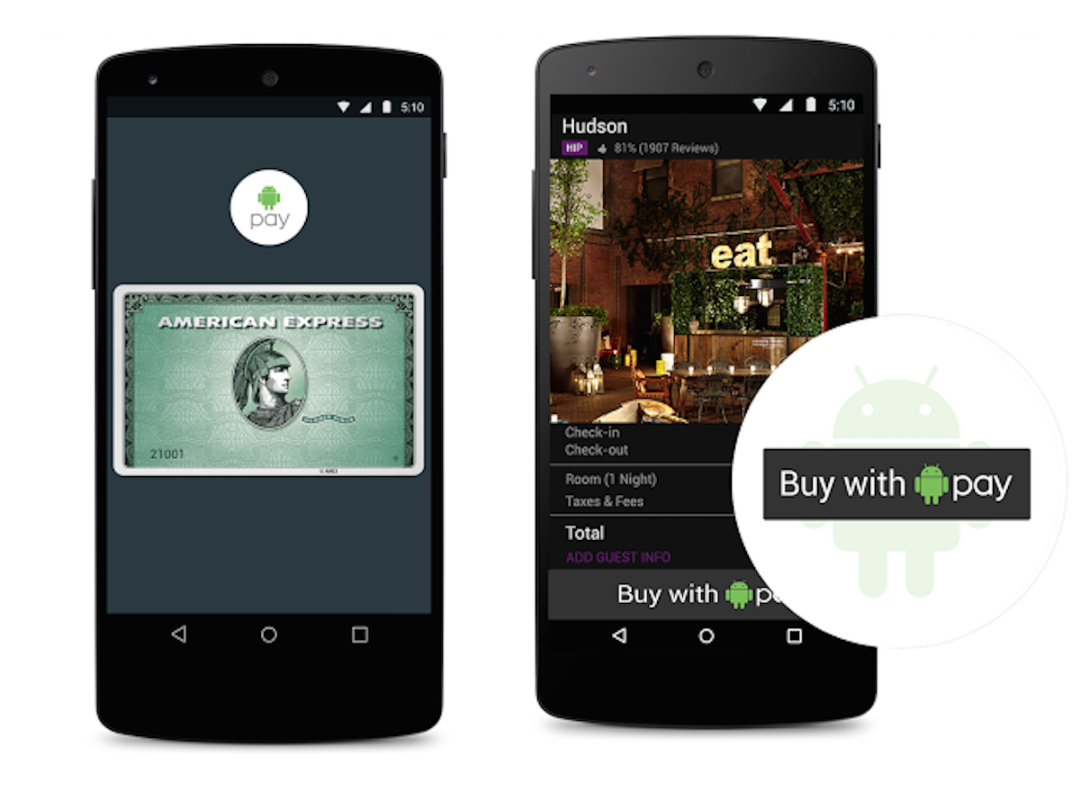 Google’s I/O 2015 keynote address is well underway, and in addition to properly announcing this autumn’s release of Android M, the company has confirmed a rumoured aspect of the new operating system: Android Pay.

As the name suggests, Android Pay is Google’s official solution for mobile payments from your Android phone. It’ll use NFC for transactions, which means more than 700,000 retailers around the world will be able to accept it from their terminals. Apple recently floated the same number, so Google appears right on track there.

And if your device has a fingerprint scanner, you can use that – much like Touch ID with Apple Pay on the iPhone 6 and 6 Plus – to confirm your in-person payment. With native fingerprint recognition coming with Android M, it’s likely that more future devices will support that, as well. It’s not entirely clear yet how other devices will handle that security element, although Google said that 7 out of 10 Android devices today are ready to use the new service.

Android Pay replaces Google Wallet for NFC payment functionality, as that service never really caught fire with consumers or partners. Google Wallet will stick around, however, and apparently be used for person-to-person payments through both its app and Gmail.

Meanwhile, Android Pay can be also be used for things like in-app purchases and app or web orders, making it an all-in-one option for both in-person and digital payments. And it won’t share your linked credit card number in the process, so you ought to be properly secured (but that’s rarely true forever).

Android Pay is slated to release with Android M sometime this fall, and we’re sure to hear more about its functionality and security along the way. For more from I/O 2015, stay tuned to Stuff.