Xiaomi has quite literally flexed its design muscles with the latest addition to its Mi smartphone lineup. The Mi Mix Fold is the Chinese company’s first stab at creating a foldable phone, and on paper at least it looks mighty impressive. The bendy handset packs a whopping 8.01in WQHD+ OLED flexible internal display – that’s larger than the display on rivals like the Samsung Galaxy Z Fold2 and Huawei Mate X2 – alongside a 6.52in external display. Indeed, Xiaomi reckons that’s the biggest foldable screen on any smartphone to date, which is hardly a bad claim to fame. The Mi Mix Fold also features a Qualcomm Snapdragon 888 processor, 108MP main camera and 13MP ultra-wide angle lens powered by Xiaomi’s Surge C1 image sensing processor, quad speakers and sound by Harman Kardon, a 5,020mAh “turbo charging” battery, and a “butterfly cooling system” that keeps the flexible handset ticking over when it’s working overtime. The Mi Mix Fold will initially launch in China on April 16 for around £1,100, but hopefully it’ll shuffle over to UK shores sooner rather than later. 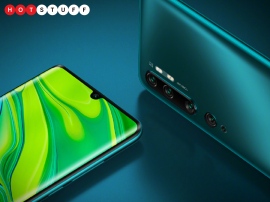 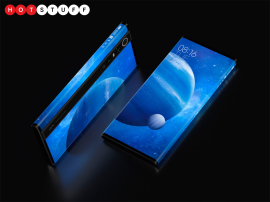