If you’re anything like us, you’ll find yourself with a ton of different gadgets you keep by the nightstand. And, because why wouldn’t they, they usually all need charging at once. Typically, you’d need to have a different charger for each, but what if there was an easier way?

That’s what NYTSTND promises with the Quad wireless charger. With the charger, you can wirelessly charge three devices at once, and a fourth through a built-in port.

NYTSTND has tailored the wireless charger for Apple devices. You’ll find a designated genuine Apple Watch charger, two MagSafe equipped wireless charging spots and a built-in Lightning or USB-C adapter for an iPad. It’s really quite impressive how much is packed into this product.

NYTSTND says that each QUAD charger is handcrafted from premium wood and high-quality leather. You can pick out the wireless charger in 10 different colour options. The wireless charger does actually look quite sleek, especially when it’s on a nightstand (get the company name?).

The two wireless charging spots can deliver 10W of charging simultaneously. The whole unit also only takes in 36W, so spread across all four devices, you’re only going to be trickle-charging. It’s not as fast as most other wireless chargers, but what you’re giving up in speed you gain back in convenience.

NYTSTND’s QUAD wireless charger retails for $229 from the official store. If that’s a bit too pricey, or you don’t need to charge four devices, the company offers variants for one, two, and three devices as well.

While NYTSTND isn’t the only multi-device wireless charger with MagSafe on the market, it is the option that can charge the most devices at once. And the company is taking the stance of delivering the most well-designed device. If you’re still upset that Apple cancelled AirPower, this could be one for you.

Stuff says: When it comes to design, NYTSTND’s Quad charger certainly looks the part. It fits in really nicely with any nightstand and looks as modern as a wireless charger can. Unfortunately, when it comes to performance, the Quad isn’t quite as impressive. Charging speeds are found to be quite slow, there’s an odd pulsing noise coming from the charging coils, and the plug only comes fit for the US. 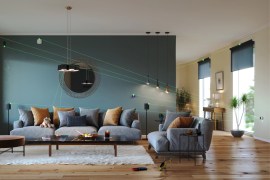