We all like to believe that deep within us lies the mental strength of an olympian and the baffling stamina of Forrest Gump. But here’s a fact: running is flippin’ hard, and here at Stuff we’ll take all the help we can get from shoes like Nike’s Epic React Flyknit. The all new React is the first running shoe to feature the latest in Nike’s proprietary foam technology, which is designed to cushion the impact of each stride you make and help you conserve energy for the final stretch. This newfound bounciness on the pavement should also lessen the risk of injury. Nike says React is five percent lighter, eleven per cent softer, and returns 10 per cent more energy than its predecessor, the Lunar Epic 2, and given that it has had 17,000 miles’ worth of testing, we’re not going to argue. Grab a pair from February 22 for £130.

Can you kick it? 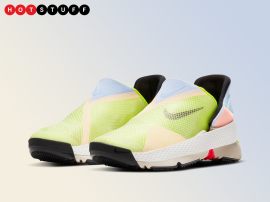 Get squishy with it 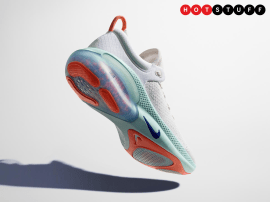