Although the London Underground is probably the last thing you’d consider purchasing a wearable tribute to when you’re being crushed up against the carriage doors at 8am on a Monday morning, we’re quite keen on the latest Adidas silhouettes. The second phase of a slightly strange collaboration between the Brand with the Three Stripes and Transport for London (TfL), the new drop pairs up every tube line on variations of the Continental 80s. So you can be Northern Line on your left foot, and Hammersmith & City on your right. Maybe you’re more of a Circle & Met kind of angry commuter. Take your pick. In addition, Adidas is also releasing variants of its Stan Smith, Samba Rose, Falcon and Gazelle silhouettes, each paying tribute to the not-even-open-until-next-year-but-hey-ho Elizabeth line. Those land on December 8, with the Continental 80s arriving a couple of days later. For £75 we were sort of hoping they’d have Oyster cards embedded in the soles, but that probably wouldn’t get past health & safety anyway.

Lurid and we love it 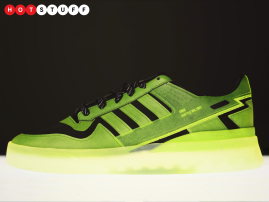 Tech support: how to track runners at the London Marathon 2018 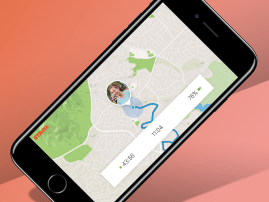 These Adidas trainers pump up the jam in retro fashion

Synth-inspired treads to get you making shapes 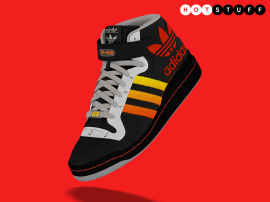