Looking for a drone that comes in under the magic 250g mark, but think the DJI Mini 2’s safety features and camera seem underwhelming? Then may we present the DJI Mini 3 Pro: the small drone with big potential.

The latest addition to DJI’s bulging roster of camera-toting quadcopters, the Mini 3 Pro weighs the same as the previous model: a feather-like 249g. This means that, under UK law, it falls into the category of drones that can be flown closer than 50m to (and over the top of) people and within cities, towns and other areas where larger, heavier models like the Mavic 3 are prohibited. It also folds up to a dinky 145 x 90 x 62mm, making it small enough to carry anywhere.

Despite its diminutive dimensions, there’s a lot more power here than in DJI’s previous Mini models: the battery delivers up to 34 minutes of flight time per charge (the Mini 2 mustered 31), while the camera captures 4K video at up to 60fps (the Mini 2 only did 30fps), supports H.265 compression (which means you can squeeze more footage on your memory card) and doubles the ISO range and increases aperture size to f/1.7 (which means improved low light footage). The Quad Bayer sensor can also snap 48MP still photos.

What’s more, the Mini 3 Pro has forward, backward and downward sensors for obstacle avoidance, giving it the ability to automatically follow a tracked subject while dodging objects that might otherwise result in a crash.

The downside to all this wonderful new and improved tech is that it’s quite a bit pricier than DJI’s previous Mini models. You can pre-order it today (with shipping beginning 17 May) for £639 on its own or £709 with the DJI RC-N1 controller. Alternatively, you can buy it with the new DJI RC controller (that comes with a built-in 5.5in screen, on-board storage and integrated DJI Fly app) for £859. DJI is also offering a Fly More accessory kit for £159, including a shoulder bag, two additional batteries, spare propellers and a two-way charging hub.

We’ve already got a review sample of the DJI Mini 3 Pro in our sweaty paws, so look out for a full, in-depth review very soon. 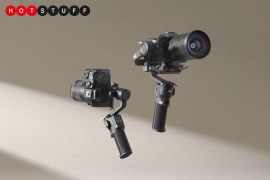 Gimbal for your troubles 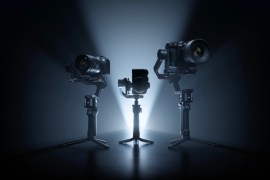