With the Mavic Mini, DJI played the authorities in ingeniously cheeky fashion. With new laws requiring that consumer drones weighing in at 250g or over have to be registered before use, DJI released its diddiest flier to date, the 249g Mavic Mini. A year on we have a successor, the Mini 2. Despite ditching the Mavic branding (DJI likes to do this), this is very much an evolution of last year’s diminutive drone. It weighs the same and also looks near enough identical, but the Mini 2’s camera gets a considerable resolution boost – up to 4K at 30fps. Its predecessor topped out at 2.7k at the same frame rate. You can still shoot 1080p/60fps for smoother footage, as well as 1080p stills. You get an extra minute of flight time, up to 31, faster acceleration, various shooting modes in the app, and improved wireless range, but there’s still no automatic obstacle avoidance – crap pilots be warned. The DJI Mini 2 is available to buy now and costs £419, which includes the drone, the controller and a battery. The £549 Fly More Combo adds a further two batteries, a charging hub and a carry case to boot.

Zoom with a view 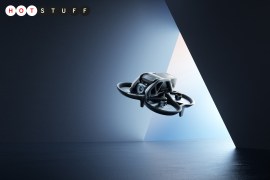 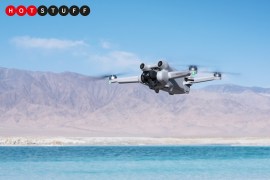