There’s a lot to get excited about in Fender’s new core range of US-made guitars and basses – redesigned V-Mod II pickups, upgraded hardware, stealthy switching tricks to open up new sonic possibilities – but what really got Stuff’s juices dribbling was our first sight of this Dark Night finish. It’s a sort of ‘reverse moonburst’, with metallic blue edges fading into a solid black centre, and it’s arguably even sexier in the flesh than it is in this picture. Other new colours available in the Am Pro II Series (starting at £1599) include ultra-vivid Miami Blue and a subtle silver-burst effect called Mercury. Clearly you ought to buy this Jazzmaster immediately, but there are also two Telecasters, two Stratocasters, two Precision basses and three Jazz basses in the range. The only thing missing, in what is surely the most controversial omission since Gazza was left out of England’s 1998 World Cup squad, is a Jaguar.

The cleverest acoustic/electric hybrid guitar yet 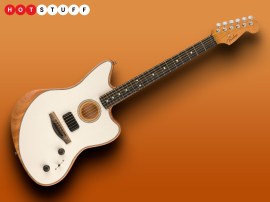 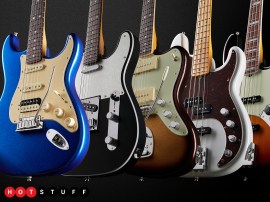 25 most iconic guitars ever

Six-strings don’t get more recognisable than these 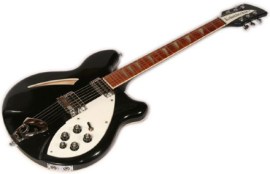