Apple’s WWDC event showcased the latest and greatest software Apple has to offer, with a new MacBook Air and MacBook Pro update thrown in for good measure. The keynote focused on updates to iOS, iPadOS, macOS, and watchOS, all of which are coming in the autumn. But the software at this year’s event had us feeling so-so.

New features such as iOS lock screen customisation, iMessage updates, Continuity Camera, enhanced sleep tracking on watchOS, Handoff for FaceTime, and Stage Manager for Mac and iPad were all welcome changes. But the consensus among the Stuff gang was that these are minor features we’ve been wanting for a while. There was no flagship feature like widgets, nor a redesign like iOS 7. We’re looking forward to the new software, but aren’t overly impressed on the whole. Except for one surprise update that stole the show.

Apple gave us a sneak peek (their words, not ours) at an update to CarPlay coming in late 2023. It’s probably the best bit of software unveiled at the event, setting the stage for some major changes in the auto industry. Bet you didn’t see that coming! Let’s dive in.

Slow down: What is CarPlay?

CarPlay launched in 2014 and enables you to mirror a toned-down version of iOS to your car’s infotainment system. Once the feature is enabled on your iPhone, you connect the device to your car either by cable or via Bluetooth. Then, you’ll be able to interact with the CarPlay interface instead of your car’s bog-standard software.

CarPlay sits on top of your car’s standard infotainment system, and enables you to access a small selection of apps. You can jump into Music, Messages, Phone, and Maps, just to name a few. By opening these straight on your car’s display, it eliminates any temptation to touch your phone while driving.

As you’d expect, you can take calls, reply to messages, and use Siri via CarPlay. Since the software is essentially an app dialled up to eleven, you’ll need to trudge your way back through the car’s software for any vehicle settings or maintenance info. It’s the most popular in-car software, beating Android Auto (the Android alternative) and the manufacturer software. Apple claims 99% of cars in the US support CarPlay (not quite so many in the UK), and that 79% of Americans wouldn’t buy a car without it.

Future-view mirror: What changes are coming to CarPlay next year?

At WWDC 2022, Apple teased a complete redesign of CarPlay from the ground up, which will launch at the end of 2023. Rather than work alongside the existing software in your car, the new and improved version of CarPlay will replace it entirely (the software, not your car… yet).

Yep, you heard right, Apple is revamping the dashboard with its custom-designed speedometers, dials, petrol gauges, and range indicators. You’ll also be able to put widgets on the dashboard, such as the weather, or opt for traditional driver stats. On longer dashboards, you’ll be able to add additional widgets, see more in-depth trip info, and control your music.

Most notably, since the revamped CarPlay replaces the entire car’s software, you can control the car through it. You’ll be able to adjust the climate, switch on the heated seats, and more – just like you’d expect from a car. The best part? It’s all still in CarPlay, so you don’t have to exit the interface, and Apple’s design carries forward. Apple wants to create a more familiar experience in the car with the new CarPlay, reminding you of your phone.

At the end of the sneak peek, Apple explained which automakers would support the revamped CarPlay. The list included Ford, Lincoln, Mercedes-Benz, Infiniti, Honda, Acura, Jaguar, Land Rover, Audi, Nissan, Volvo, Porsche, Polestar, and mentioned that more would be added ahead of the 2023 launch. BMW was a notable exception, having supported CarPlay for years, and working with the new CarKey feature. Don’t expect Tesla to appear on the list, as it uses its own software (which is fairly good as you might have heard).

When the revamped CarPlay launches in 2023, in-car software will look and feel very different. Car manufacturers have a reputation for not-that-great software (they are there to make the car, after all), and so CarPlay will improve that experience and plays nice with Apple’s ecosystem naturally. It’s a win for the car, and you.

With Apple taking the lead, car manufacturers will be able to take a step back from the software. Or at least continue at the current C-grade standard. Of course, cars will still need their own software for those with Android devices (we assume) or no smartphone at all. But having to partner with automakers suggests there’s some work to be done still.

Perhaps most interestingly of all is the end of 2023 date. It’s quite a way off still, right? Why would Apple reveal it this early unless… there could be an Apple Car then? We know, you’ve heard this one before…

There have been rumours of an Apple Car for years now, with more recent reports pointing to a 2024/2025 release. Could the new version of CarPlay be a precursor to Apple’s first car? Notably, most of the renders of CarPlay in vehicles were left unbranded – potentially covering up Apple Car branding. Or perhaps CarPlay really is just an introductory step towards carOS in the Apple Car a few more years down the line. It’s fun to speculate.

Apple Car or not, CarPlay post-makeover manages to extend Apple’s reach beyond its own products. The majority of people use a car, and extending Apple’s software into the vehicle is the next step of the ecosystem. It looks great, and it’s arguably the most important bit of software Apple has released in a while. For now, we’re happy driving off into the sunset, knowing our cars are about to level up. 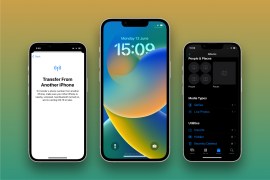 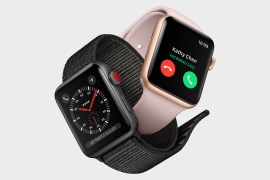