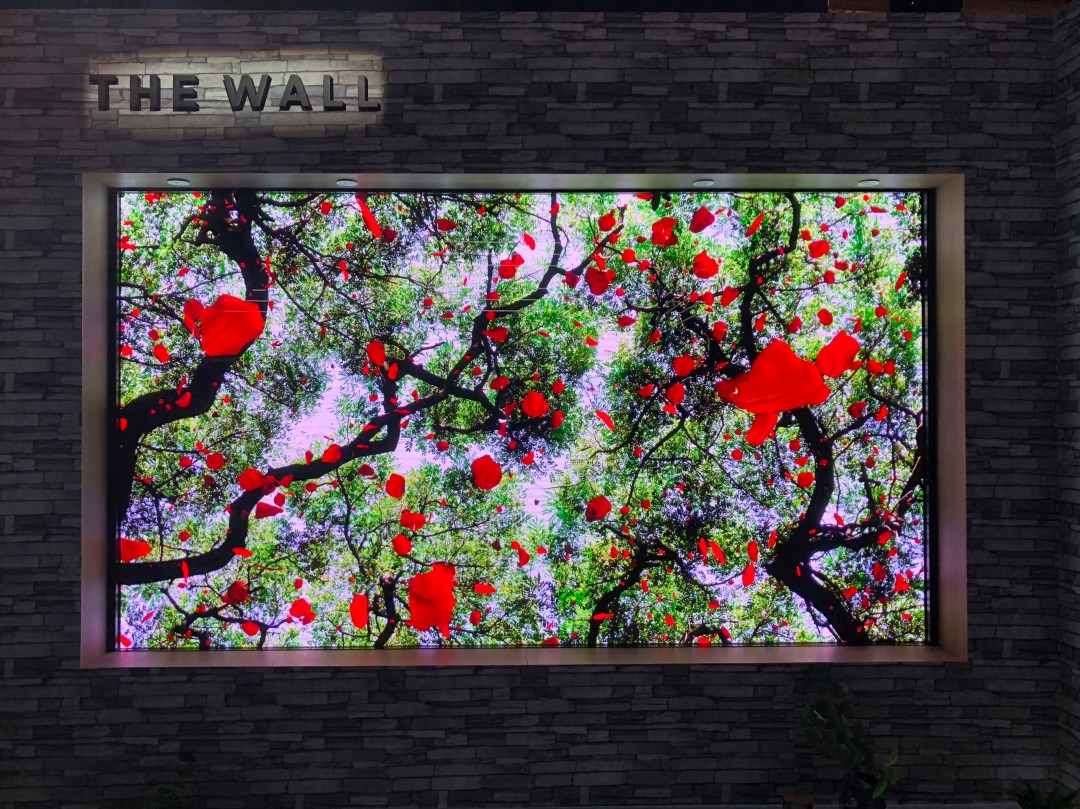 Technology format wars have kept internet forums busy for years, but the headaches they cause those actually trying to decide where to invest their cash is, let’s face it, a right pain.

The TV industry has been one of the worst culprits too. In the last 10 years we’ve had several resolutions to decide between, numerous HDR formats to navigate and the infamous 3D debate to contend with, and that’s before we even talk about the panel technology.

Yes, even the TV panels themselves have been subject to extensive discussion, from LCD vs plasma to OLED vs LCD. Now, we’re facing the next one – microLED vs OLED. While OLED is still the TV tech to invest in for most people, microLED is showing the signs of being a serious contender for that crown.

So if you’re soon to be in the market for a new TV, should you hold out for it? We’ve laid out the pros and cons of each and which manufacturers are on board so you can decide.

Everything you need to know about OLED

First up, let’s have a quick refresher on the current TV tech of the moment. OLED panels come so highly rated because they use what is known as “emissive display technology”. What that means is that each pixel is able to produce its own light – something an LCD screen requires a separate backlight to do. This means when a pixel isn’t required, in dark scenes for example, it can turn itself off entirely, creating perfect black levels.

The backlighting used in current LCD TVs is much less accurate, and while the very best have come up with clever ways to get close-to-OLED performance, the limitations of their technology means they simply can’t match it.

The benefits of each pixel being able to control its own state go beyond good black levels though. With bright whites being able to stand next to absolute blacks without any leaking of light, contrast is outstanding. Colour subtlety is great too, as are viewing angles, with OLEDs losing next-to-no luminosity off axis.

They’re also super slim, thanks to there being less layers of tech to squeeze into the frame. Colours can be arguably more vibrant on the best LCD panels, but there’s no denying that OLED still packs a punch, and an accurate one at that.

There are disadvantages to OLED of course, with a lower peak brightness being the big one when compared to the competition. The contrast levels OLED is capable of does go some way to helping counteract this, but it is still something to consider if you’ve enjoyed the brightness of an LCD display before.

Cost is also a factor. Though prices are coming down, most current generation OLEDs will start out around the £2000-3000+ mark, and while you’ll be able to pick up an older model cheaper, they’ll still hold their value around £1000-1500.

You’re also fairly restricted on size. Most come in 55in and 65in variants, with only a handful that come in bigger or smaller. This should suit most households as their main TV, but those with other requirements may find themselves struggling for choice.

Finally, there’s image retention. This is when a persistent image like a channel logo can “burn in” to the panel and be seen even when it’s no longer on screen. It was an issue with plasma TVs and OLED’s organic nature means it is susceptible to it also. That said, we have never found it to be an issue in the many hours we have spent testing OLED TVs, and reports of serious issues are low from owners too.

Some manufacturers, like LG, have built in subtle features to prevent it, just in case, but we wouldn’t say the risk is something to pay too much attention to when choosing a TV to buy.

Everything you need to know about MicroLED

What makes microLED so interesting is that, like OLED, it is also an emissive display technology, but it gets around OLED’s not-so-great bits because it doesn’t use organic compounds.

Instead it uses teeny tiny LEDs – three per pixel in fact – that behave in the same way as OLED, by turning themselves on and off as required. That means microLED should be able to offer all the great black levels, top-notch contrast and off-axis viewing of OLED but with a brighter picture, lower price point (eventually) and more screen sizes, plus no concerns of burn in.

That brighter picture promise is no joke either. While OLED screens tend to sit at around 1,000 nits of peak brightness, Samsung reckons microLED will be able to boast 4,000 nits initially, and as much as 10,000 nits in the near future.

Another interesting feature of microLED is its modular possibilities. This means that customers could potentially start with one size of TV and add to it in the future. Samsung has shown this in action, and it creates a pretty seamless result.

This allows for much larger displays than OLED, as well as non-standard display shapes and sizes, which might suit commercial or artistic installations. Samsung has already demonstrated sizes from 73in in 2K to 292in in 8K, and stated it could go as small as 40in and as big as 583in.

We’re yet to see it in what you might describe as a more “standard” homely TV setup though, so whether it always has to be wall mounted remains to be seen.

There are disadvantages to all of this. Of course, as with new all new technologies, getting prices to a place that it’s appealing for the majority of consumers will take some time. That means that, initially, prices are likely to be much higher than OLED.

That’s because microLED panels are currently pretty difficult to manufacture en masse. With some 25 million LEDs to get into a single 4K TV, getting them all where they should be with no variation in brightness is no mean feat.

However, once this manufacturing process is figured out, the expectation is that prices will come down drastically to really challenge OLED. It’s just a matter of time. But there’s another consideration of resolution. As yet, the most consumer sized set we’ve seen in microLED is 75 inches and it was in 4K. With 8K already available at this size in OLED, it feels like microLED might have some catching up to do in terms of squeezing more resolution into smaller screen sizes.

Samsung has pretty much led the way with microLED so far, which is hardly surprising as it is the only one of the big-name manufacturers not to invest in OLED.

It has already started selling The Wall, first demonstrated in its 146in guise at CES 2018, but prices aren’t published and only commercial and luxury installations are discussed on its website. That means it’s probably (definitely) pretty expensive.

Samsung did say at CES 2020 that it was close to embarking on a larger-scale production of microLED sets, so more consumer targeted sets could well be on their way soon.

Sony is also investing in microLED, and also currently aiming it at professional installations, under the moniker CrystalLED. It hasn’t been slow on the uptake either, and has started to sell the tech into industry through its custom installer channels. It, too, is keeping pretty hush hush on prices, but if you have to ask… OLED king LG is even reportedly looking into microLED alongside its current endeavours, which would certainly suggest it has the promise of improving on whatever OLED can do right now.

Finally, the rumour mill has been buzzing since 2017 that Apple has been experimenting with microLED technology, but for smaller screened purposes than TVs, such as the iPhone or Apple Watch.

There has been no confirmation from Cupertino, as you might expect, but with prototypes apparently already made up and in testing, we could see the tech drip through into the Apple product line in the next few years if it gets the thumbs up.

When can I buy microLED?

Unless you’re seriously loaded, we’d say you can expect a pretty big wait on proper commercial availability of microLED at a decent price point, not to mention the arrival of more humble screen sizes.

Early estimations suggest that could be as much as 3-5 years or so, but things can change quickly.

There’s little doubt that microLED is seriously impressive technology and the picture quality it is capable of has the ability to be market leading. In that respect, OLED really does have something to be worried about in the years ahead.

However right now, it’s a commercial prospect only. The amount of time and progression microLED needs to really challenge OLED in the consumer sector is considerable – we haven’t even seen it in action in the screen sizes and form factors that most of us would be interested in buying just yet. While these wall-sized displays are impressive, they’re not realistic for the non-mansion-owning majority of us.

For that reason, buying OLED remains a solid investment for now, and is not one that is likely to be affected by microLED for the next few years at least. Once the manufacturing processes are ironed out and brands start actually talking about prices for consumers, that will be the time for early adopters to hold fire.

We’ll be keeping a very close eye on it, of course, and will keep you updated on how it’s all going… not to mention all the competing technologies that will no doubt crop up in the meantime.