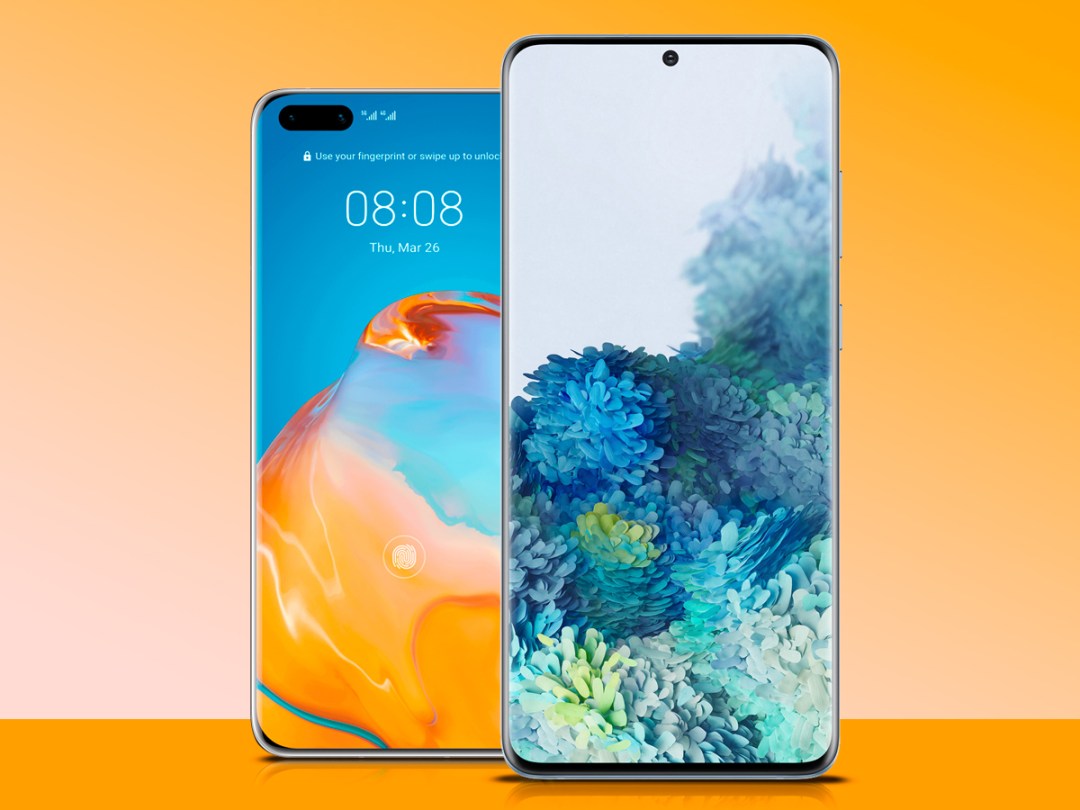 The last couple of years, the debut of the latest Huawei P-Series phone was cause for celebration, as both the P20 Pro and P30 Pro led our list of the best smartphones during their respective reigns.

But this time around, there’s a shadow cast over the P40 Pro: while the hardware looks spectacular, as usual, the lack of Google apps and services makes it a longshot to resonate with Western audiences. Still, we have to wonder whether Huawei can fill the void without Google’s presence.

How does it compare to Samsung’s new Galaxy S20+, one of the best debuts of 2020 thus far? Here’s what we think, based on our hands-on time with the upcoming Huawei P40 Pro.

Design: All glass and gloss

As you’d expect, we have a couple of glossy, top-end beauties here. Huawei has embraced the punch-hole cutout for the P40 Pro, with a double-wide hole in the upper left corner of a rather curvy display. The backing colours aren’t quite as striking this time around, but the P40 Pro still looks like a premium offering.

Meanwhile, the Galaxy S20+ puts its single punch-hole cutout right at the top center, and the screen is much flatter than the last time around. These phones are very similar on the back, actually, with tall vertical camera modules in the upper left corner.

We expect both of these screens to look fantastic, but Samsung has the edge on packing in pixels within its frame. Samsung’s 6.7in 3200×1440 AMOLED screen is large and definitely in charge, while the 6.57in P40 Pro OLED screen comes in at a less-dense 2640×1200.

The Galaxy S20+ has double the normal refresh rate at 120Hz, enabling silky-smooth animations – but you can only use it at 1080p resolution. At QHD+, you’re limited to the bog-standard 60Hz.

Meanwhile, the P40 Pro not only falls roughly in the middle of those two resolution settings, but also goes for a smooth 90Hz setting. Honestly, that might the best balance overall. Both of these phones stick their fingerprint sensors within the screen, by the way.

Huawei’s P-Series phones have been the camera innovators in recent years, and the P40 Pro shifts its focus from increasing zooming capabilities to pulling in more light for even more detailed shots.

The sensor is more than double that of the P30 Pro’s, with a quad-camera array featuring a 50MP wide-angle lens, 12MP 5x telephoto lens, 40MP ultra-wide lens, and a time-of-flight sensor. It’ll do the same kind of 10x hybrid zoom as the P30 Pro, and we’d expect even better results than the last time around. But it’s the pricier P40 Pro+ that goes for longer-range zoom this time around, not the "standard" P40 Pro.

The Galaxy S20+ has its own quad-camera array on the back, with a 64MP 3x telephoto lens, 12MP wide-angle lens, 12MP ultra-wide lens, and time-of-flight sensor. We called it "as good as it needs to be" in our review, which means: it’s great, but it’s not really pushing boundaries. Most photos are stellar, but they can sometimes be over-processed and the night mode isn’t top-of-the-class.

Samsung opted to use the Exynos 990 processor in the UK, which is a bit slower than the Qualcomm Snapdragon 865 used in many other territories. Ultimately, it’s pretty close to the P40 Pro’s Kirin 990 5G chip in benchmark testing.

They’re both super speedy phones in regular usage, and both capable of running glossy 3D games and nearly anything else you throw at it. They’re also both 5G-capable.

Battery and perks: Built to last

The Huawei P40 Pro packs in the same 4,200mAh battery pack as last year’s model, while the Galaxy S20+ bumps up to 4,500mAh – but it has the larger, higher-res screen to contend with. Both phones have wireless charging, as well as reverse wireless charging onboard.

Huawei has double the starting storage tally at 256GB vs. 128GB, although you can pay extra to get the Galaxy S20+ in 256GB and 512GB flavours. Additionally, both can be expanded out: the GS20+ takes microSD cards, while the P40 Pro accepts Huawei’s Nano Memory cards.

As with last autumn’s Mate 30 Pro, there’s plenty appealing about the Huawei P40 Pro’s hardware – but due to the ongoing conflict with the U.S. government, Google can’t have its apps and services (including the Play Store) on the phone. That’s a huge black hole that Huawei can’t hope to fill on its own.

The Samsung Galaxy S20+ may not be perfect, but it’s a damn fine Android flagship that excels across the board. We’re looking forward to spending more time with the P40 Pro to get more familiar with Huawei’s camera enhancements and the overall feel and flow of using the handset. But even with a £100 savings, with the P40 Pro at £899 and the Galaxy S20+ at £999, we can’t imagine that it’ll make up for Android feeling woefully incomplete. 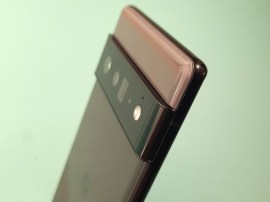