Home / Features / The doctor’s view: which data should you track and why?

In this increasingly connected world stuffed with smart devices you can measure all sorts of health-related data. But before you do so it’s worth stopping to think “Why?” and “Who am I collecting this data for?”

As a doctor I won’t give an awful lot of value to the output of most smart devices. For me to do so they would have to be medically certified and this severely restricts what you can use. While I wouldn’t ignore the data that non-medical grade devices give, I’d have to regard it as interesting but perhaps warranting more investigation.

With that caveat out of the way, what data should you track? SPOILER ALERT: This isn’t going to result in a recommendation that you buy a sexy new Apple Watch.

This is head and shoulders more important than tracking anything else. The evidence of the health benefits of detecting high blood pressure and treating it are beyond dispute.

Having the ability to track this will help in early detection of raised blood pressure and enable your doctor to see the trend and act earlier or assist in treating diagnosed hypertension. Home readings are now thought to be more valid than clinic readings, so both you and the doctor benefit from this information.

Some devices can even detect if you have an irregular pulse, which makes most automatic BP readings inaccurate. Consider something such as the Withings Blood Pressure Monitor or the QardioArm for starters.

Just don’t get obsessive OK? If you don’t have diagnosed high blood pressure, testing it once a month would do. Then, if you’re getting high readings, step that up to 1-2 times a day. If those readings persist or are really high, always speak to a healthcare professional.

Here’s a phrase I encounter daily “I think I’ve lost/gained a bit weight”. How much? Over how long?

The rate and duration of weight loss or gain is crucial information that is often patchy in your medical records and, if you rarely visit your doctor, might not have been updated in a long time. Having this data could be a real help to a doctor if you are concerned about your weight.

Check out the Withings Smart Body Analyser and Fitbit Aria for starters. Weighing yourself once a week would suffice unless your doc tells you to do it more.

Until we get massive databases of user-generated medical data, it’s hard to know how helpful it is for everyone to track their blood oxygen levels. There are certain groups for which it would be helpful data – such as those diagnosed with chronic respiratory diseases including COPD and Asthma. You couldn’t use the data to make these diagnoses, however.

Picture this. An asthmatic informs their doctor that not only are they feeling more breathless but also that their average oxygen saturations have dropped below what is normal for them ( which they now know from daily tracking ). After discussing the issue, the doctor tells them to start their rescue steroid pack and to contact them again if they experience any further deterioration.

Low-tech versions are increasingly cheaper and are available for under £20, while connected models are becoming more common and available from companies such as Nonin or as part of a wearable from, yes you’ve guessed it, Withings.

This probably has the potential to be more useful to the wearer than to a doctor, as it could help people notice the effects of their behaviour and consumption during the day and the affect on their sleep.

I can think of a few cases where it might be useful to doctors, though. It may help us see the impact of existing conditions such as asthma on people’s sleep, while those with obstructive sleep apnoea (or a suspicion of it) could help track just how often they are waking at night.

Perhaps it’s a lot more than the few occasions they remember in the mornings. Combine this with their pulse oximetry data if they have it and you might be able to spot their oxygen levels dropping just before the points at which they are recorded as waking up.

A note from your GP

Please when you approach your doctor remember that these are tools and nothing more. They haven’t the ability to interpret the data along with your story or to make a diagnosis or to reassure you. Perhaps technology will reach that point eventually, but right now we are only taking baby steps into user-generated health data. Go easy on your doctor if they know nothing about your device – and if its medical-certified do tell them so.

Oh, and just in case you’re wondering… I’m not interested in your fart data.

Dr Harkness is a GP in the North East of England and writes about wearable technology on his website www.human-v2.com 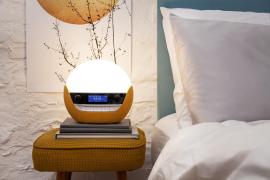