So, Apple TV has finally got live channels. Or one channel, in the UK and Ireland, thanks to yesterday’s launch of an app that delivers free 24/7 access to Sky News (the US fared a little better, with HBO GO and WatchESPN popping up too). But what does it mean for the platform? Is it finally making a bid to take over your living room? We asked a couple of industry insiders what they made of it.

The battle for your living room

Technology expert Ernest Doku told us that Apple may have made its first steps towards dominating television the way it already dominates the music download market through iTunes.

“I think that whilst Apple TV has been a pet project for the Cupertino manufacturer for some time, this is the first sign in a while that they are making a renewed bid for the living room. With a resurgence of interest in convergent devices, in no small part due to the Xbox One’s entertainment-driven unveiling, expect to see the battle for the space underneath your television heat up again.”

Doku believes the affordable, robust and stylish Apple TV could prove to be the “Trojan horse” that gives Apple an edge on this battlefield: “Google’s expensive set-top efforts failed to set the world alight, but in an era of cord cutters and on-demand junkies, the Apple TV could be the solution entertainment fans have been waiting for – provided Apple gives it the attention it deserves to become a genuine alternative to cable services.”

The addition of Sky News, HBO GO and WatchESPN could be a signal that Apple is beginning to do that – but according to CCS Insights analyst Paolo Pescatore, it could be doing more.

“Apple needs to make a decision”

“In the grand scheme of things [yesterday’s] announcement is not hugely significant. Apple can do so much more to disrupt the norm, not only in North America but overseas as well. Apple TV could be a superb product but the company needs to make a decision sooner rather than later with regards to its aspirations in video and TV.”

Pescatore says that the fact that people want to watch shows and movies via an array of connected devices is causing problems for traditional pay TV providers, and that the future is online delivery. Apple is clearly in a position to deliver – if it wants to. “It is still testing the waters, but we cannot rule out moves to acquire content or create its own blockbuster in this arena.”

So essentially, don’t get too excited about Apple TV bringing down the global broadcasting titans just yet – Apple itself doesn’t really seem to know if it wants to. We know that Steve Jobs saw television as the next thing he wanted Apple to reinvent – but he’s gone now. The long-rumoured Apple iTV has still not surfaced, so perhaps if and when that happens we’ll start to get a clearer picture of the company’s future in television.

Original shows, huge creators – and available on competing devices too 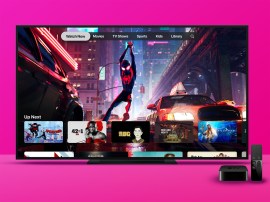 So much for the Apple TV’s killer app 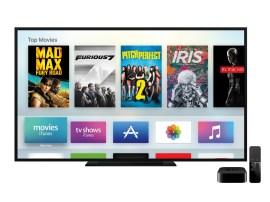 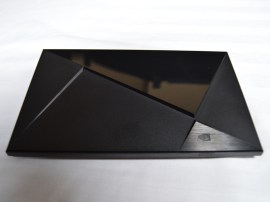