Home / Features / 8 things we learnt from the Call of Duty: WWII beta 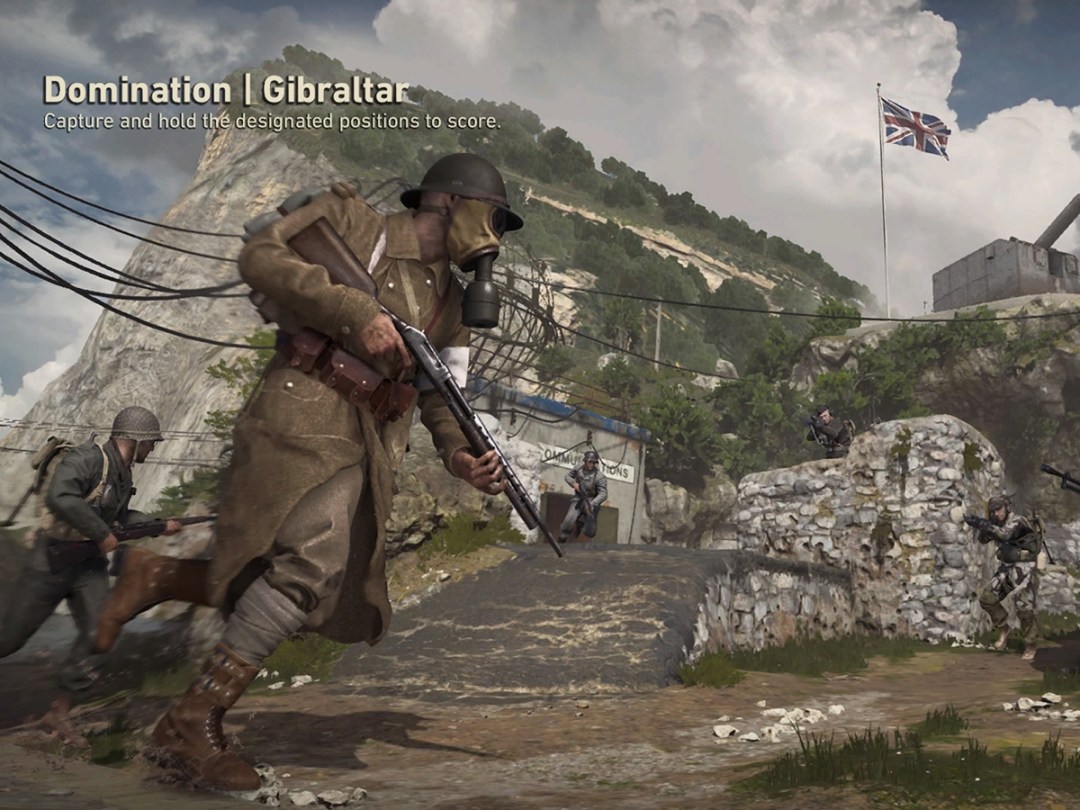 2017 will go down in gaming history as the year Call of Duty returned to its roots.

That’s right, after what some would say was an unhealthy obsession with gravity-defying boosting and wall-running, the latest installment of the franchise is back to good old boots on the ground.

We sacrificed the glorious sunshine of a British Bank Holiday for the trenches of Pointe Du Hoc to bring you the lowdown on the first weekend of COD WWII’s multiplayer beta.

1) It’s going to be a bootiful day

With all those gravity-defying booster packs resigned to the trash compactor, the latest installment of the Call Of Duty franchise has your feet firmly weighed down to terra firma. And it feels great.

The pace of play is still quick enough to appease the Usain Bolters, but slower players hindered by trenchfoot can still make a decent fist of it. The graphics look good – not as slick and polished as Infinity Ward’s, but each map in the beta was a decent size had its own unique feel.

Add HDR to the equation and you should have a whale of a time with that new 4K TV of yours.

The create-a class format of older CODs has been overhauled and replaced with a new system called Divisions.

Each Division (there are five in total) boasts multiple perks mashed together, some of which are unique to that particular division (Division Skills and Division Training) and others which can be used between divisions (Basic Training).

Phantom, for example, forms part of Basic Training and packs quieter movement, no fall damage and the old ghost perk into one package.

Sapper III, though, is unique to the Expeditionary Division and includes extra magazines, immunity from shell shock and tactical equipment and a reduction in damage from explosives.

While we were sad to see the old system retired, the new set-up works well and encourages players to mix it up.

Unleashing a scorestreak should always bring a smile to your face and from what we used on the beta, the majority of streaks hit the spot.

Just the simple theatre of the bomb bay doors opening before you drop a Glide Bomb gets the juices flowing. And, given the amount of bang you’re getting for your buck (650pts in this case), this is one destructive scorestreak that’s going to be a shoe-in for most players.

Higher up the kill chain is the paratrooper perk, where you can drop your own mini squad of troops into the heat of the battle. Four AI-controlled compadres parachute in and (unless they’re shot out of the sky) they’re quite capable of increasing your body count by around four or five kills.

The only perk that needs toughening up before the full release is the recon plane which needs to be tougher – a pea-shooter could bring it down.

If you want a breather from the balls-out multiplayer action, then you might be interested in taking COD’s new War mode for a spin.

Think ‘Allies versus the Axis’ in a format that’s very similar to Battlefront’s Operations, allbeit on a smaller scale. It’s attack vs defend, protect vs destroy, you get the picture.

The beta only contained one level – Operation Breakout – but it made for entertaining and at times intense conflict. Scorestreaks aren’t available, (although the odd care package gives defenders a helping hand) so it encourages team members to focus the mind on the job at hand.

5) Killcam has been, er, killed off

The fact that your epic, last minute headshot sealed victory is no longer enough to get the glory and a replay on the big screen.

Instead, the game highlights the most impressive contribution to a match (usually a multi-kill of two or three opponents in quick succession).

Who knows if the system is flexible enough to recognise more varied and interesting takedowns – only time will tell.

6) The shotguns pack some serious heat (quite literally)

Coming face to face with a shotgun is intimidating enough, but one that breathes fire? There are always one or two surprises on the gun front with every COD and WWII is no exception.

The Expeditionary Division totes a shotgun as standard, but one of their Division Skills is the ability to use incendiary shells to light up the opposition.

If an initial burst doesn’t wipe them out, the fact they’re also on fire will probably finish them off. You only get a handful, though, so use them sparingly.

7) Some SMGs could do with nerfing

You know the drill. It wouldn’t be COD without a couple of overpowered guns that pack the kind of stopping power, that could drop King Kong in a heartbeat.

From the beta we wouldn’t be surprised to see some submachine guns get reined in, the PPSH-41 and Type 100 being a couple of the main culprits.

8) The post-match experience needs speeding up

In the beta, the time you actually had to prepare yourself in between matches was ridiculously short.

It took an age to get through to the main lobby, which didn’t really give you time to check out any new perks, and unlocked new items.

Overall, the opening weekend was a promising first salvo for the COD: WWII.

It showcased pretty much what was expected – a trip back in time with gritty, realistic gameplay. Whether it’s the full boots on the ground package we’ve been waiting for remains to be seen.

For now, it’s time to dust yourself down and prepare for the second COD: WWII beta which runs from 1st Sept to 4th Sept on both PS4 and Xbox One.

Ranked: Every Call of Duty game in order of greatness

UPDATED: Where does Black Ops 4 rank on the all-time list?

5 things you need to know about Call of Duty: Black Ops 4

Big changes ahead: battle royale mode, boots on the ground – and no campaign

8 things we learnt from the Google I/O 2018 keynote